Home Sports Football The Story Of The Dysfunctional Jets
FootballJets

The Story Of The Dysfunctional Jets 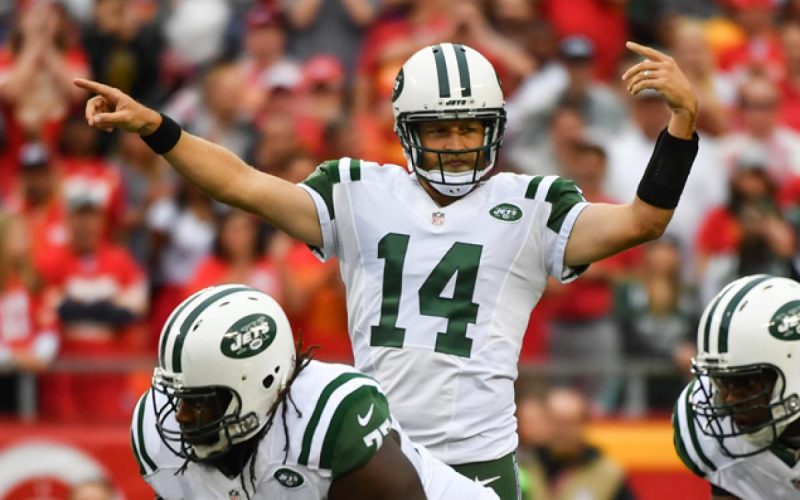 When that question must be asked it’s akin to signaling a death-knell for any big market franchise. And so it is for the 2016 New York Jets who (and we are being generous here) teeter on the brink of irrelevancy.

The case can easily be made that Woody Johnson’s team, run by a coach lacking communications skills with no sense of humor, and a general manager not inclined to share his insights with the media or fan base paying good money to watch an inferior, poorly constructed product,is already irrelevant.

Yet Johnson still has a few things to sell. Like a dysfunction and a soap opera featuring two stars, Sheldon Richardson and Muhammad Wilkerson who have no respect, maybe even no use, for Todd Bowles. Or the always sellable prospect of a young quarterback, in this case Bryce Petty, taking over for Ryan Fitzpatrick, who isn’t about to go quietly making the situation even more entertaining.

If things get worse, the media (some Gasbags already have) will look to run Bowles out of town while others will defend the coach. This will provide another compelling controversy worth selling. When hope is gone for this season, start selling hope and change for the next one.

Anyone who believes this particular brand of Freak Show doesn’t entice eyeballs only has to look to James Dolan’s Knicks. That organization has been selling a garbage product for years but still managed to produce sellout crowds while not seeing its TV ratings fall off a cliff.

Unfortunately, the ability to stay relevant while the ship be sinking is something that is going to elude the Jets. At least the numbers are indicating this. While playing a crucial “rivalry” game against the Dolphins last Sunday, the Jets failed miserably in the TV ratings department. The game, which aired on CBS, registered a weak 5.9 rating in the New York market.

And when coupled with how well the Giants did, playing the Eagles on Fox and going head-to-head with the Jets at 1 p.m., Gang Green’s anemic number is alarming. The Giants did a 13.9 rating.

The Jets product is becoming unwatchable to the point where some of their fans flipped over to watch the Giants on Fox. Wait there’s more. The Jets postgame show airing on SportsNet New York, which did a .22 household rating, was whipped (head-to-head) by the Giants postgame on MSG, which recorded a .31.

Could this be the beginning of a trend? So far this season, SNY’s Jets postgame programming had been out-delivering the Giants postgame soirees by +145% in household ratings and +115% in average total viewers. That number could reverse in a hurry if the Jets descent continues while the Giants continue to contend for a playoff spot.

If this becomes the case, it would be unusual. Normally, these postgame shows do better after a loss. Viewers like watching the analysts rant. They also want to hear what the coach has to say. In Bowles’ case, that’s not a lot. His lack of candor in defeat could contribute to an exodus of eyeballs.

From a ratings standpoint, things don’t get any easier Sunday with the 3-5 Los Angeles Rams coming to Jersey. It’s highly likely that game, airing on Fox, will not pull a hefty rating, which will further confirm the Jets are an inferior TV product.

This is not good for the NFL. When one of the league’s New York franchises is looking at playing out a string of seven meaningless games, including three primetime dates (On NBC’s “Sunday Night Football” Nov. 27 vs Patriots, ESPN’s “Monday Night Football” Dec. 5 vs Colts and NFL Network Dec. 17 vs Dolphins.) it’s not going to help the league-wide ratings average, especially in the USA’s largest media market.

And it’s coming at a time when the league, and the media covering it, is wondering why NFL TV ratings have slipped this season. So, if their fans do tune out in large numbers for the rest of the season the Jets will be contributors to a “problem” so many are obsessed with.

Not only is it hard watching a team basically out of contention for a playoff spot before Thanksgiving, but tuning in to see them playing in a stadium full of empty seats is a bad look. It doesn’t help Jets bottom line, either.

Why watch a game on TV when fans don’t even bother showing up at the stadium — even the ones who have already paid for their tickets?

Like those who stopped tuning in on TV, they really don’t care who the starting quarterback is. Nor will they wonder, or now even care, if Richardson and Wilkerson sit out the first quarter. Nor are they eager to see the adjustments Bowles doesn’t make during the game.

And if they really want to see Brandon Marshall, they can tune into “The Brandon Marshall Show” on Showtime TV Tuesday night. The ratings he generates might even be more respectable than what the Jets pull Sunday afternoon.