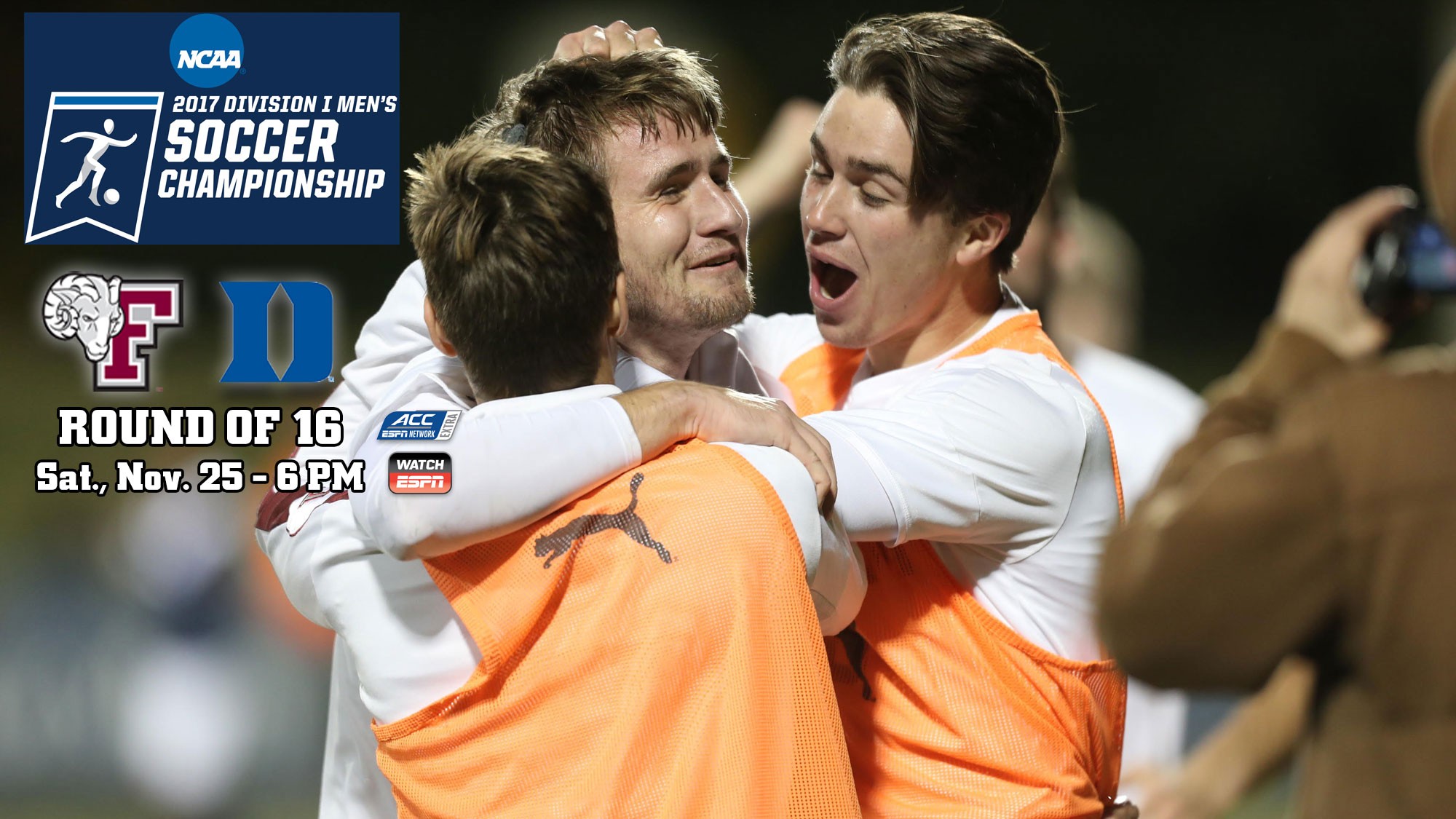 Durham, N.C. – For the third time in four seasons, the Fordham men’s soccer team is once again in the NCAA Championship.  After receiving the Atlantic 10’s automatic bid in 2014 and 2016, the Rams received an at-large berth for the first time in program history, after finishing the year at 12-5-2 overall with an NCAA RPI ranking of 26.  However, unlike 2014 and 2016, the Rams got a monkey off their back, getting the program’s first-ever NCAA win on Thursday night by defeating St. Francis Brooklyn, 3-2, in overtime at Fordham’s Jack Coffey Field.

Men’s Soccer Heads to #6 Seed Duke for NCAA Round of 16 Action : Fordham Sports