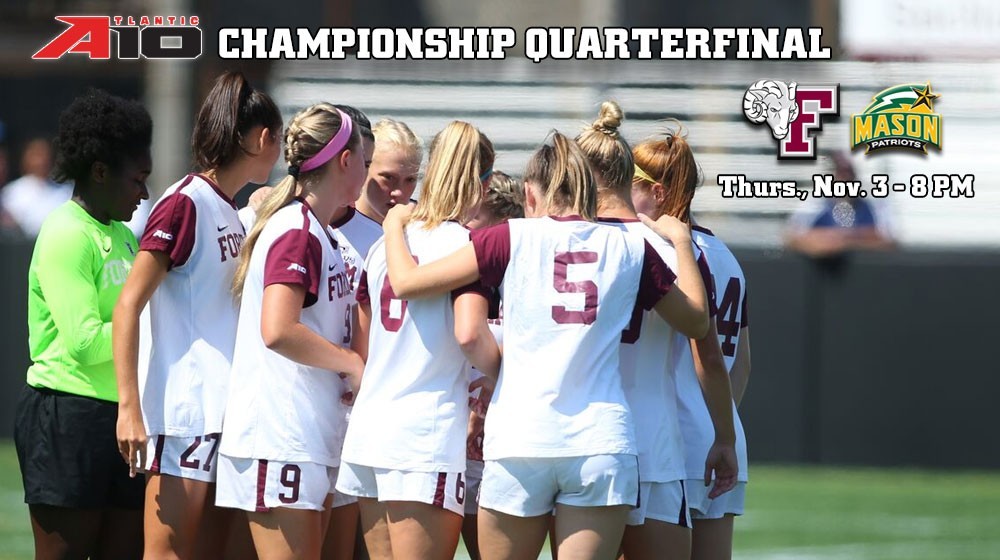 Kingston, R.I. – For the second straight season, the Fordham women’s soccer team is in the Atlantic 10 Championship, and has unfinished business after falling to Duquesne in the championship final last season.  The Rams are seeded fifth, just like last year, in the eight-team tournament and will play fourth-seeded George Mason in the quarterfinal round on Thursday at 8:00 PM.