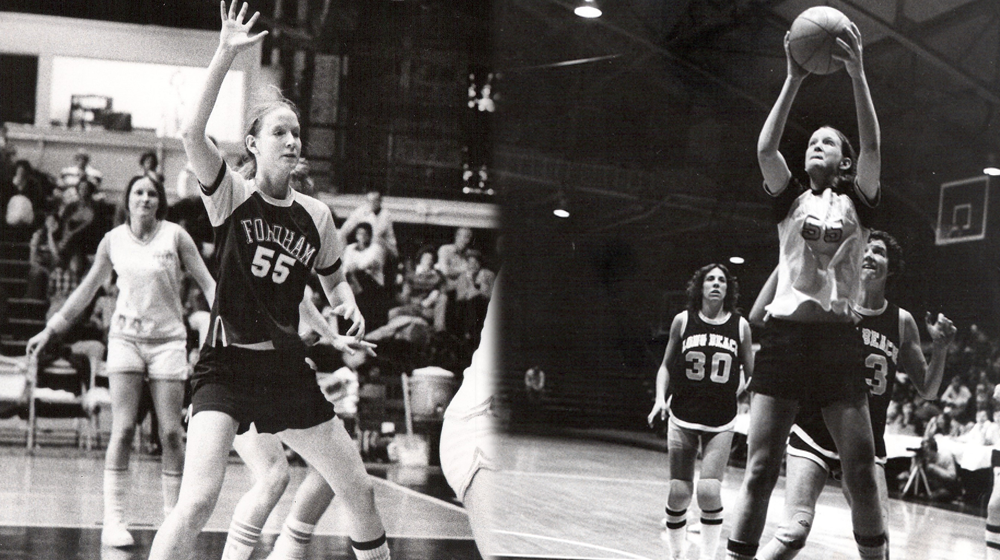 New York, N.Y. – The 2017 New York City Basketball Hall of Fame class has been announced and Fordham women’s basketball legend and Hall of Famer member, Anne Gregory O’Connell, is among a seven-person group to be inducted on September 27 at the New York Athletic Club, the 28th annual iteration of the event. Also being inducted that night will be Lamar Odom, Ron Behagen, Jackie Jackson, Larry Lembo, Kevin Stacom, and coach Steve Lappas. Bob Williams, the Hall of Fame’s president and co-founder will be honored with the Trustees Award, as well.