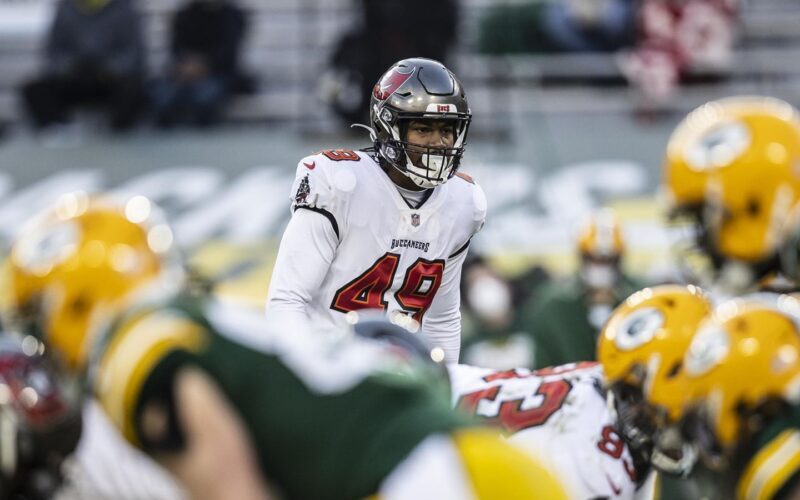 Following a record-setting collegiate career that saw him earn consecutive Northeast Conference Defensive Player of the Year and All-America honors, Gill was signed as an undrafted free agent by the Buccaneers following the 2020 National Football League draft and earned a spot on Tampa Bay’s roster in training camp.

Seeing an increased role in each game, Gill was among the team leaders with 16 special teams snaps, while also earning four snaps on the defensive side of the ball in the Bucs’ 31-26 victory over the Green Bay Packers in the NFC Championship game two weeks ago that helped Tampa Bay advance to Sunday’s Super Bowl.

For Wagner, this marks the second straight year that a former Seahawk is on a Super Bowl roster, as former two-sport standout Greg Senat was a member of the Kansas City Chiefs last season.

According to Gill the “Wagner Connection,” which also includes a number of former coaches who have made their way into the NFL since coaching on Grymes Hill, helps the rookie improve his game:

“Julian McCleod, Chris Williams and Tevaughn Grant — we talk every day,” Gill said. “Same with [former Wagner offensive coordinator] Rob Calabrese, who is now with the Jets. I still talk to everybody from Wagner.”

The NEC’s all-time sack leader was prepared for the professional ranks while at Wagner, in part, by the reps he took while he wasn’t on defense:

“Playing at Wagner, I actually played special teams all four years, freshman through senior year,” Gill said. “That helped me out with making the team here. Being a young guy, an undrafted rookie … I had to find my role on special teams, and I feel like that background at Wagner helped me with that.”

The Douglasville, Ga. native attributes a lot of his success to the coaching he received at Wagner. Playing for seven-year NFL veteran and current Seahawk defensive line coach Terrance Knighton gave Gill an idea of what the daily business in the NFL would look like while playing for the Seahawks:

“Everything that I’ve done, whether it’s a practice or training camp, I did in college with Coach Knighton. I credit him for that,” Gill said. “Coach Knighton prepared us well for the next level, so there’s nothing that I haven’t seen.”

Gill and the Buccaneers will take on the Chiefs at 6:30 p.m. Eastern on Sunday, looking to make it two straight years a former Seahawk hoists the Lombardi Trophy while continuing the already unprecedented success for the Wagner College football program, the Northeast Conference and NCAA FCS football.

Next PostSt. John’s to Host No. 3/3 Villanova on Wednesday