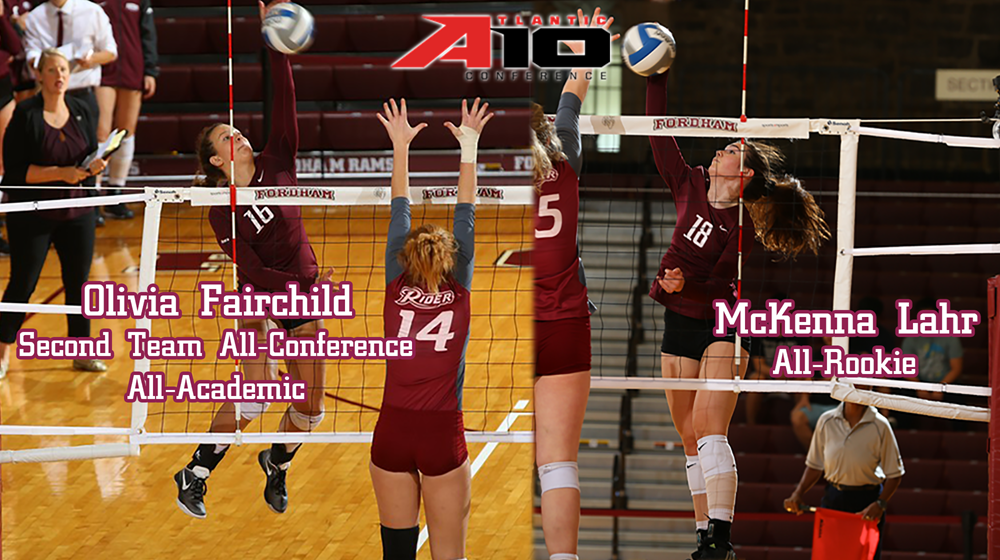 Newport News, Va. – The Atlantic 10 announced its end-of-season awards on Thursday morning and, for the second straight year, the Fordham volleyball team had representatives on the Second Team and All-Rookie team. Sophomore Olivia Fairchild was named both Second Team All-Conference and an All-Academic selection, while freshman outside hitter McKenna Lahr earned All-Rookie recognition.

Next PostMen’s Soccer Takes on St. Francis Brooklyn in NCAA First Round Action