Home Sports Basketball Joakim Noah: I Know I Need To Play Better And I Will
BasketballKnicks

Joakim Noah: I Know I Need To Play Better And I Will 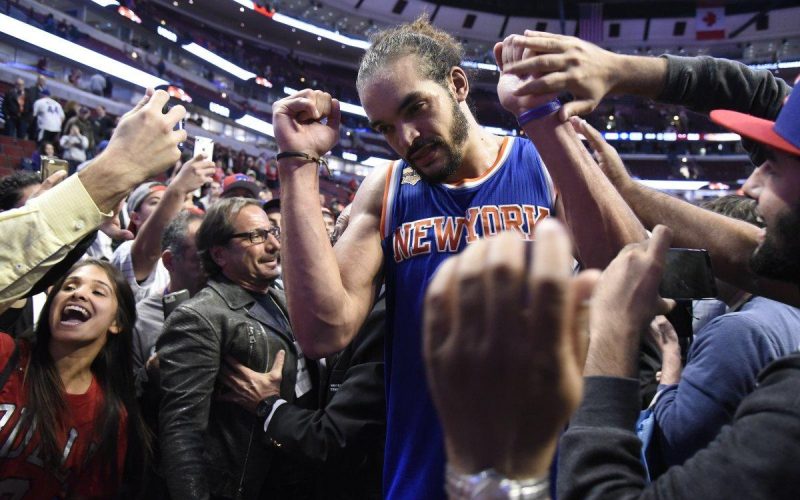 On Saturday, the $72 million center hit a new low – playing just 13 minutes without a field goal attempt in a 107-102 loss to the Hornets — just after pledging to improve.

Noah was part of a starting group that fell into a 15-2 hole Saturday, and that opening stretch accounting for almost half his total minutes. The 31-year-old, who represented Phil Jackson’s biggest summer signing on a four-year deal, is averaging about 22 minutes over 14 games. He missed two straight games with an undisclosed illness last week, only to return and sit all of the fourth quarters and overtime of back-to-back games against the Hornets.

“I think everybody (wants to play down the stretch of games). But those are not things I can control. All I can control is my progress,” he said. “I need to play better and I will. I just got to stay working.”

Sunday represented already the fourth time Noah sat out for the entire fourth quarter of a game. He is averaging 4.5 points and 8.5 rebounds. He’salso shooting a career-low 32 percent from the foul line, which may be contributing to his benchings in crunch time.

“Of course it hurts when you want to be out there and you want to play,” said Derrick Rose, who is Noah’s friend and longtime teammate going back to Chicago. “But it’s not to him. It’s up to coach. And if it was vice versa like if it was someone else like myself, I would be hurt. But at the same time I just want to win the game.”

Noah was visibly exhausted in Friday’s victory and at one point was doubled over on the sideline. He said the illness – which included a fever – is no longer an issue.

“We have some young guys with energy we want provided, especially in that first half,” Hornacek said.