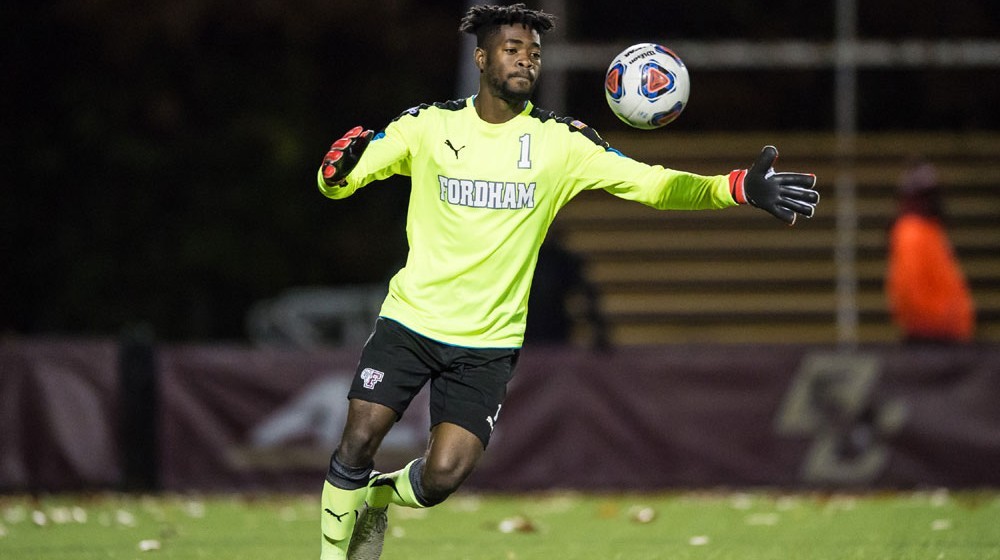 Durham, N.C. – The Fordham men’s soccer team kicked off its 2017 season on Friday night at the annual John Rennie Nike Invitational, hosted by Duke University.  The Rams’ opening game against the Elon Phoenix was a physical one with six total yellow cards and 40 combined fouls between the two teams, but neither squad conceded a goal, playing to a 0-0 draw.

Next PostWomen’s Soccer Wins the 25th Battle of the Bronx over Manhattan, 1-0