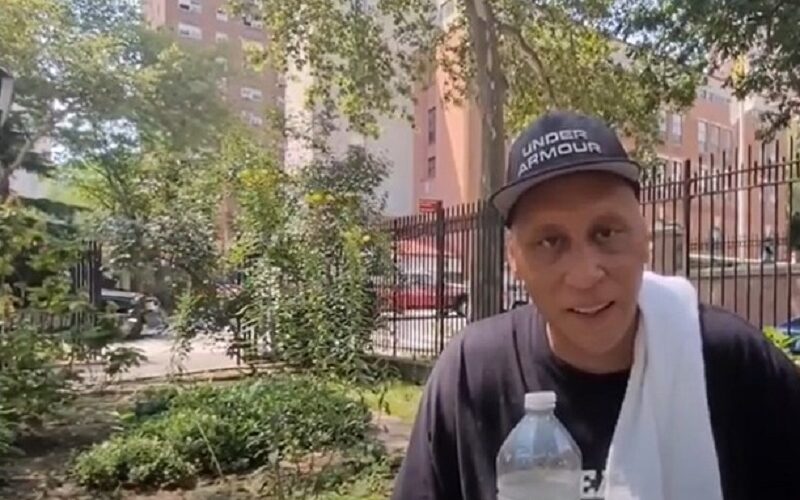 From BasketballHeadzz (Video Interview below)

The 6’7″ shooting guard, Lloyd “Sweet Pea” Daniels,  was one of the most sought-after recruits in the nation during the 1986-87 recruiting cycle. At the time, he was considered the most talented player from New York City since Kareem Abdul-Jabbar. After high school, Daniels played in the GBA (where he was named MVP in his only season), the New Zealand Basketball Association, CBA, the USBL,[6] and also in Greece with AEK Athens BC and in Turkey with Galatasaray.

After Tarkanian was named head coach of the San Antonio Spurs for the 1992-93 season, Daniels signed with the Spurs as a free agent. Daniels managed to play intermittently over five seasons for six NBA teams: the San Antonio Spurs,Philadelphia 76ers, Los Angeles Lakers, Sacramento Kings, New Jersey Nets and Toronto Raptors. He had several shocking comebacks, including a stint with the Lakers for the 1994-95 season. Signed to a 10-day contract, he took over a tight game, scoring 20 points in the second half to lead the Lakers to victory. He ended up in the Lakers starting lineup for about 14 games that year after that outburst and finished the season with the team.

Later in his professional career, after dominating play in the CBA, the Raptors signed him to a ten-day contract and he scored 22 points in his first game with the team. Despite his obvious offensive skills, he was forever considered an off court risk and an undisciplined player, and could not find a permanent home in the NBA. Overall, Daniels played in 200 NBA games and scored 1,411 points. He played in Italywith Scavolini Pesaro in 1995/96 season with an average of 21.6 ppg.