Rams Pick Up Weekly A-10 and National Awards 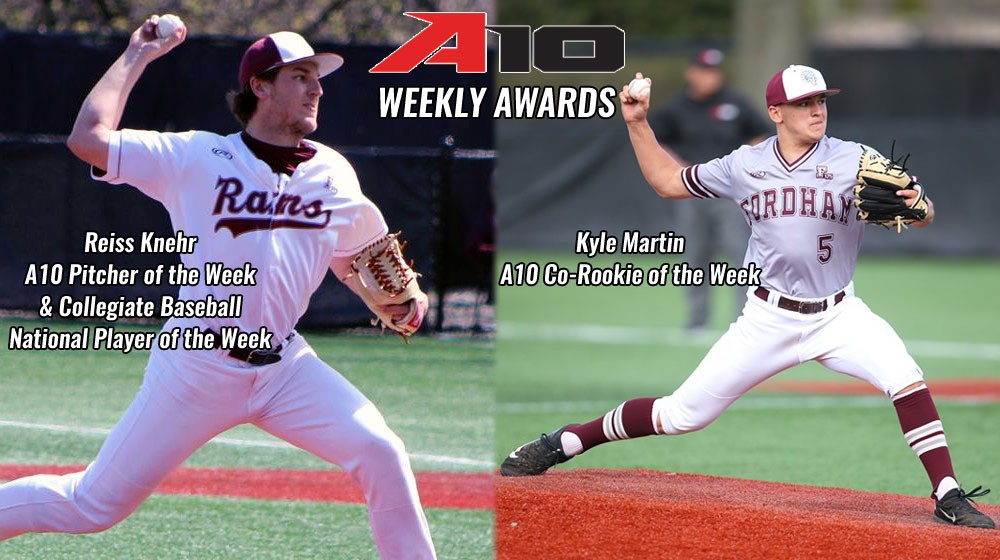 Newport News, Va. – The Atlantic 10 Conference announced its weekly baseball awards on Monday with two Rams picking up weekly accolades, as sophomore pitcher Reiss Knehr (Glen Head, N.Y.)  was named the conference’s Pitcher of the Week, while freshman Kyle Martin (Oceanside, N.Y.) was selected as co-Rookie of the Week.  In addition to the conference accolades, Knehr was also one of seven players to be named Collegiate Baseball National Player of the Week.

Rams Pick Up Weekly A-10 and National Awards : Fordham Sports

Next PostBaseball Takes on Fairfield & Columbia in Mid-Week Contests