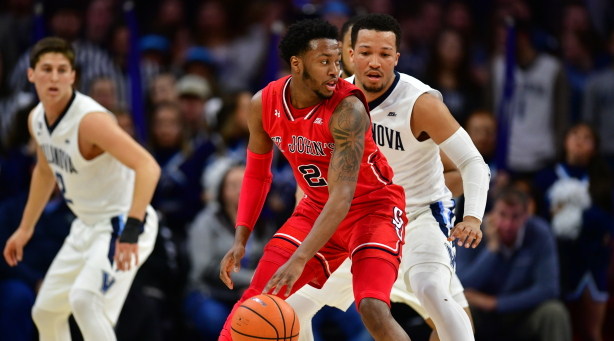 For the first time in 33 years, the St. John’s men’s basketball team has taken down the nation’s top-ranked team. Behind 26 points from Shamorie Ponds, the Red Storm held off Villanova at The Wells Fargo Center on Wednesday night, topping the No. 1/1 Wildcats, 79-75.

“I never walk into a game thinking that we have no chance,” said Mullin. “These are huge wins, but more importantly for the players, I think it’s a testament to their perseverance, unselfishness with each other, their confidence, and I’m just happy for them.”


After knocking off then-No. 4/5 Duke on Saturday afternoon at Madison Square Garden, the Red Storm (12-13, 1-11) has defeated top five teams in back-to-back games for the first time in program history.

In addition to his 26 points, Ponds added five rebounds, five assists and a pair of steals. The sophomore also converted on eight of his nine chances from the charity stripe.

“Even through our losses, we always stick together,” said Ponds. “We go into every game knowing that we can win, and that’s just our mindset. The 11 games we’ve lost, a lot of them have been really close, so limiting that margin of error gives up a good shot of competing with anyone in the country.”

Justin Simon tallied his sixth double-double of the season, scoring 16 points and grabbing 10 boards. The Temecula, Calif., native also dished out seven assists and recorded a pair of steals.

Marvin Clark II added an efficient 15 points on 5-of-8 shooting, including a 2-for-4 effort from three-point range. With the Red Storm’s lead down to one and less than 90 seconds to go, Clark converted on a crucial and-one to push the Johnnies’ advantage back to four.

With nine points and nine rebounds, Tariq Owensdid an exceptional job for the Red Storm in the front court. The redshirt junior also blocked two shots to reach the 150 mark for his career, just the sixth player in program history to do so.

Bashir Ahmed also finished in double figures for the Red Storm with 10 points on 4-of-7 shooting.

Leading by five at the half, St. John’s saw Villanova tie the game at 41 after just two minutes. Following an Ahmed layup just over a minute later, the Red Storm led the rest of the way.

The Johnnies enjoyed a hot start from the field, sinking its first three shot attempts and jumping out to a 7-2 lead on a Simon jumper with two minutes gone in the contest.

St. John’s extended its advantage to as many as six on a pair of occasions over the next few minutes, including a Ponds strip of Jalen Brunson that was promptly followed by a transition three from the sophomore to make it 18-12 with 11:03 to go in the half.

Villanova grabbed its first lead of the game, 21-20, at the 7:55 mark of the half on a jumper from Mikal Bridges, capping a 10-3 run for the Wildcats and marking the first of six lead changes over the next four-plus minutes.

Trailing by one, 29-28, with three and a half minutes remaining in the opening stanza, Bryan Trimble Jr.knocked down a three to put the Red Storm back ahead by a pair. From there, the Johnnies led for the remainder of the period, moving ahead by as many as five and entering the locker room with a 39-34 edge after a Simon runner at the buzzer.

Villanova erased the St. John’s lead and tied the game at 41 with a 7-2 spurt to open the second stanza, but the Red Storm responded with six unanswered to take a 47-41 edge with 14:41 to go. Ahmed kicked off the tear with a pair of layups for the Johnnies.

The Red Storm continued to build its lead over the next few minutes, moving ahead by nine, 63-54, following a Ponds and-one with 5:38 to play.

Leading by that same nine-point margin with two and a half minutes to go, St. John’s saw the Wildcats score eight unanswered to make it a one-point game, 67-66, with 1:25 to go. Brunson scored all eight points for Villanova on the run.

On the ensuing possession, Simon heaved a floor-length pass underneath to Clark, who absorbed contact from Donte DiVencenzo and sank the layup before adding the free throw to bump the lead back to four.

Villanova would cut the deficit to one again on a Connor Gillespie triple with 23 seconds to play, but that was as close as the Wildcats would get, as Ponds and Clark combined for five free throws down the stretch to seal the victory. 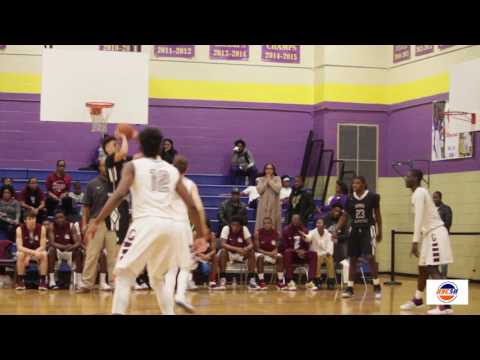