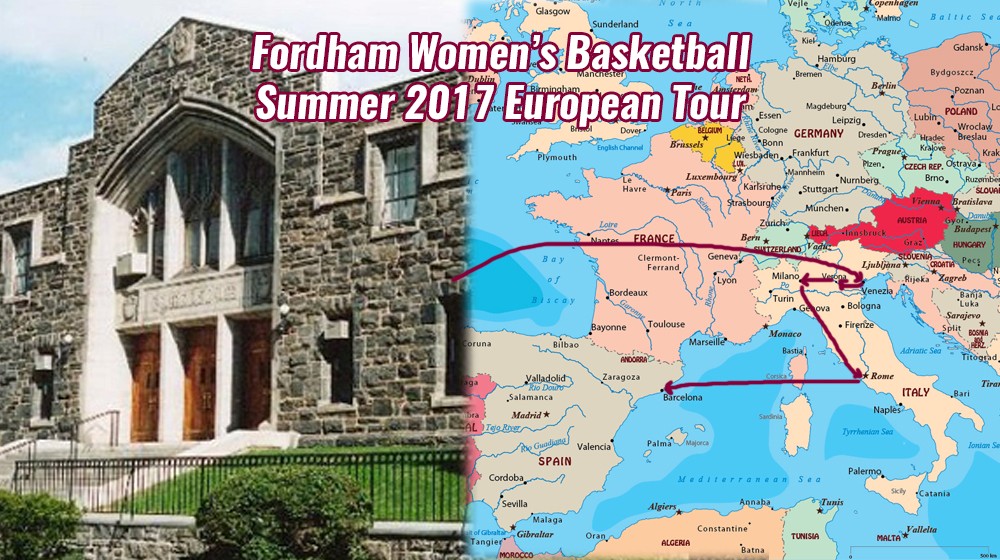 Bronx, N.Y. – The Fordham women’s basketball program will embark on its quadrennial foreign tour in two weeks’ time, four years after a tour of Oceania, traveling to Italy and then Spain and competing in five exhibition matches with both local club teams and assembled talent over a 12-day period. The Rams will leave on August 15 and spend time in Venice, Padova, Verona, Milan, Rome, and Barcelona before heading back to the Bronx on the 27th.