Home Sports Basketball What did Phil Jackson tell Joakim Noah over West Point views? ‘Stand for what you believe in’
BasketballKnicks

What did Phil Jackson tell Joakim Noah over West Point views? ‘Stand for what you believe in’ 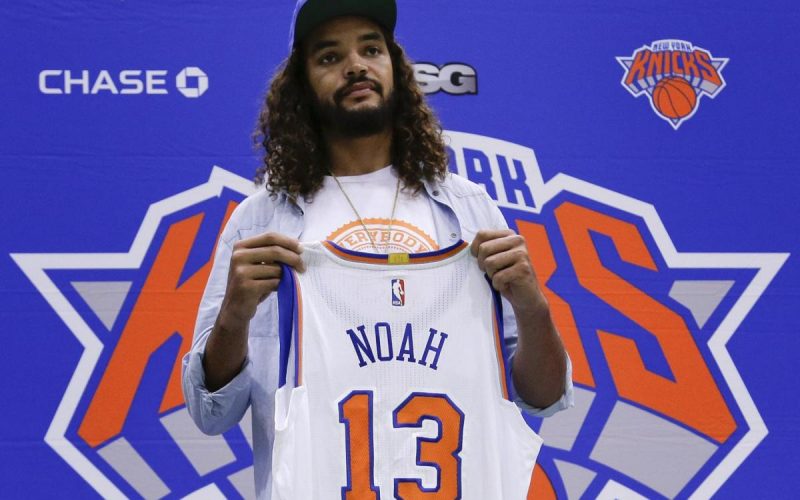 Joakim Noah arrived at West Point as a pacifist and left the same way.

On Saturday — the final day of Knicks’ camp at the U.S. Military academy — Noah was unrelenting in his views on war and the reasons he skipped out on dinner with the cadets. The morning after Knicks public relations went into damage control and sent out photos of Noah conversing with cadets, the center said meeting the young men in fatigues was “cool,” but there was nothing especially enlightening about their interaction.

“It has nothing to do with the cadets,” Noah said. “I have a lot of respect for the troops and the sacrifice that they bring for this country. It’s just hard for me to see kids killing kids. It’s my views. But it was cool just to be able to spend a little time with them, talk to them and just — they have a huge responsibility — to be able to talk to them about that.”

Noah reiterated that his decision to forgo the team functions on Thursday night was because he felt uncomfortable in the military environment at West Point. He missed both the dinner and a speech from a retired Colonel.

Noah received support from multiple teammates, coach Jeff Hornacek, and apparently also Phil Jackson, who told his $72 million man to “stand for what you believe in,” Noah said. Marshall Plumlee, who was sworn into the Army last year with Duke’s ROTC program, said he “respects” Noah’s beliefs.

“They may not necessarily be my own. But that doesn’t give me the right to dismiss them or anything like that,” Plumlee said. “I support him just as he supports me.”