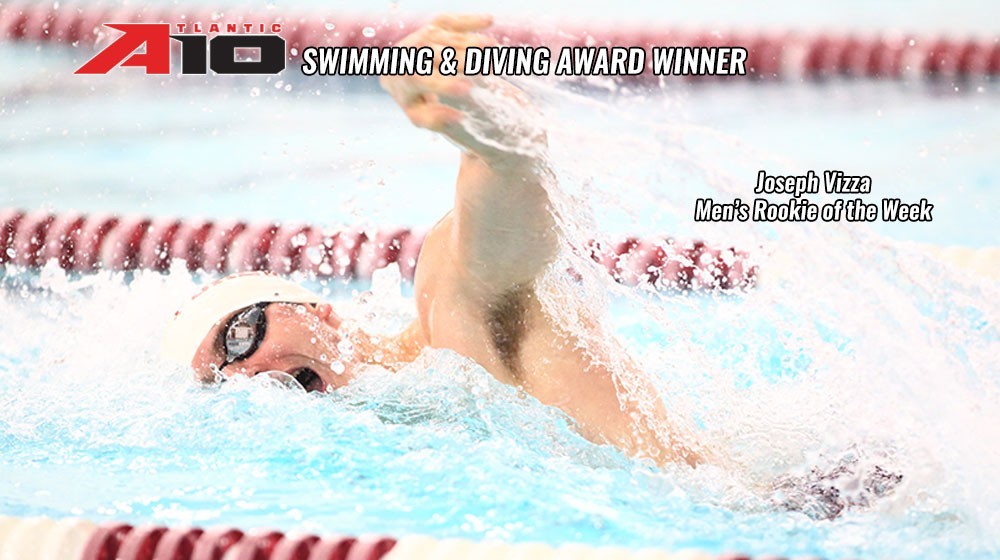 Newport News, Va. – The Atlantic 10 Conference announced its weekly swimming and diving awards this afternoon with Fordham freshman Joseph Vizza (North Wales, Pa.) being named the Men’s Rookie of the Week.  It is Vizza’s second weekly award of the season.

Next PostWebber Named A-10 Rookie of the Week