Knicks Coaching Change Pays Off As Defense Excels Under Rambis 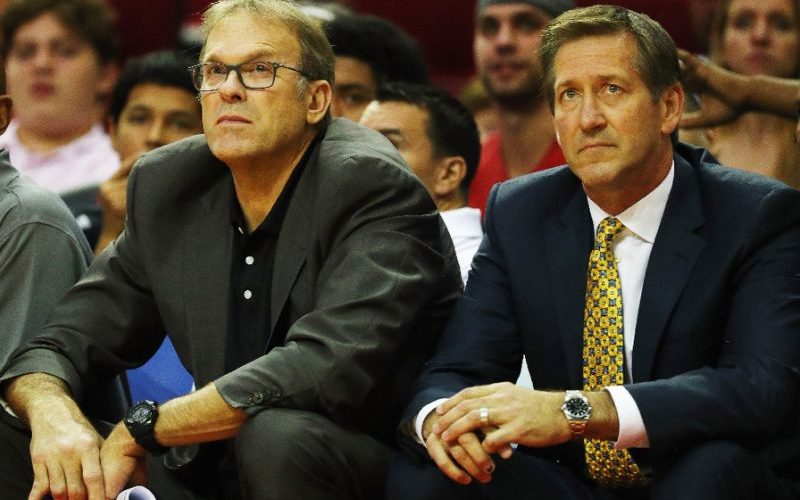 New York (AFP) – Just one day after Kurt Rambis took control of the New York defence, the Knicks held an opponent to under 100 points for the first time this season.

The 58-year-old Rambis was tasked with turning the Knicks’ defence around on Tuesday when head coach Jeff Hornacek named him defensive co-ordinator.

Rambis looked like a genius in his first game in charge on Wednesday as the Knicks defeated the crosstown rival Brooklyn Nets 110-96 at Madison Square Garden.

“I think (our players) got a little taste of it in the second quarter when they were putting pressure on guys,” Hornacek said of the defensive performance.

“I told them you just have to do that in the second half to see what putting pressure and playing defence can do you for your team.”

The much maligned Knicks defence entered the game with the NBA’s worst defence, while allowing an average of 109.8 points per game.

New York outscored the Nets 60-41 in the second half while holding them to 28 percent shooting from the floor. They also forced 18 turnovers.

“Give them credit,” Nets coach Kenny Atkinson said. “Their bench did a good job and really got into us. But give credit to their defence and their energy.

“We stopped moving the ball in the second, so our offence was stagnant.”

Knicks forward Kristaps Porzingis matched his career high with four three-pointers en route to 21 points. It is the first time in his two-year career that he scored at least 20 points in three straight games. Carmelo Anthony finished with a team high 22 points.

Brandon Jennings became the first Knicks player to record at least 10 assists off the bench in four years. The point guard handed out 11 assists in 23 minutes.

Rookie centre Willy Hernangomez scored a season-best 14 points, and Derrick Rose also had 14 as the Knicks took the first of four meetings with the Nets.

Justin Hamilton and Brook Lopez scored 21 points each for the Nets.

Next PostRam Crusader Cup Tickets Only Available Through Yankees