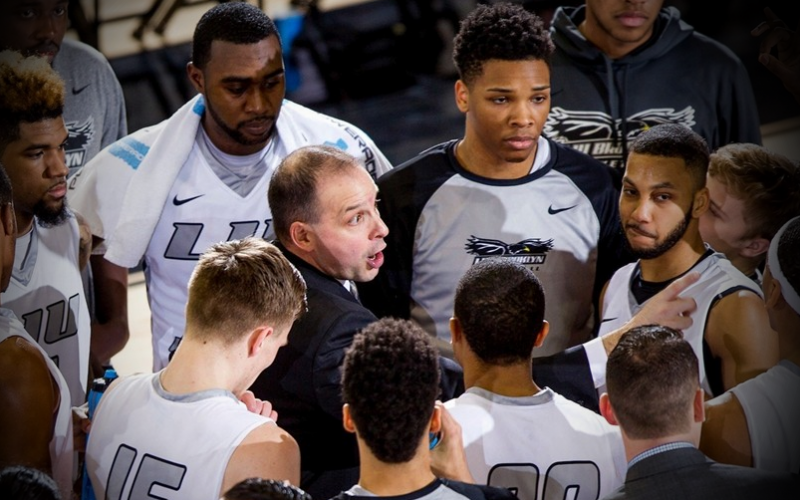 BROOKLYN, N.Y. –  The LIU Brooklyn men’s basketball team has been chosen to place tied for fourth in the Northeast Conference in 2016-17, according to the league’s coaches’ poll that was released Wednesday at the annual Social Media Day at Barclays Center. Fairleigh Dickinson earned six first place votes as the preseason favorite to win the NEC, while Wagner earned four first-place votes to finish second in the voting. Bryant was picked to finish third, while LIU and Mount St. Mary’s share the fourth-place spot.

Redshirt senior Jerome Frink was selected as a member of the Preseason All-NEC Team, after earning first-team All-NEC honors last year. The forward finished third in the league in scoring last year, averaging 16.6 points per game, and fourth in the NEC in rebounding, with a 9.0 rebounds per game tally. He also finished ranked among the league-leaders in field goal percentage, blocked shots and steals. He finished the season scoring in double figures in 27 of LIU’s 31 games.

Along with Frink, the Blackbirds return 11 letter winners from last season, including senior Joel Hernandez, a member of the NEC All-Tournament Team. Hernandez finished his junior year averaging 12.2 points per game and 6.1 rebounds per game, in the top 20 in the conference in both categories. LIU also brings back starter Nura Zanna, who contributed 6.6 rebounds per game and 5.8 rebounds per game in his sophomore season.

Frink, Hernandez, Zanna and the rest of the LIU Brooklyn men’s basketball team will open the 2016-17 campaign Friday, November 11 at home against John Jay. Tickets can be purchased through LIU Athletics by calling 718-488-1030.

Next PostJets Coach Compares Darrelle Revis To A Misbehaving Child