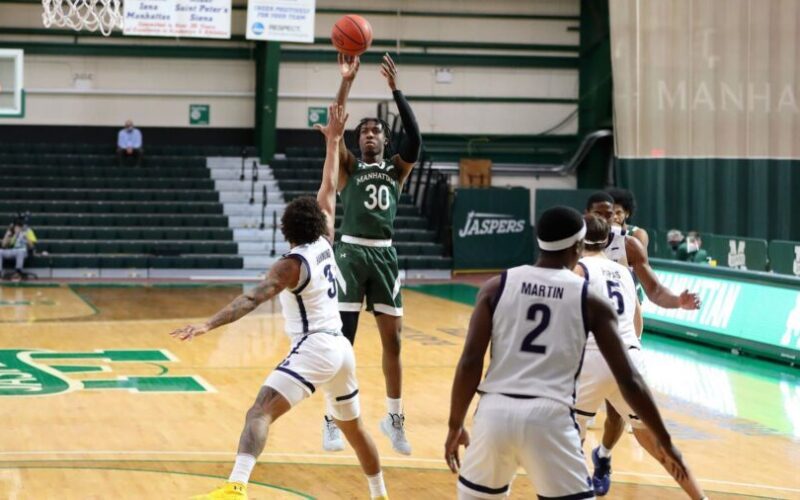 With the score knotted at 64-64 with 6:42 to play, Buchanan drilled a pair of free throws, before hitting a driving layup on the following possession to give the Jaspers a four-point cushion.

Iona would continue to battle to fight and trailed by two late before Buchanan put the nail in the coffin with a step-back three-pointer that increased the lead to 75-70 with 1:30 to play.

Buchanan also grabbed a career-high 13 rebounds in posting his first career double-double, while also handing out a career-best seven assists.

* Buchanan and Williams became the first set of Manhattan teammates to register double-doubles since a 51-47 win at Siena on February 2, 2018.

Next PostBuchanan Powers Manhattan Past Iona