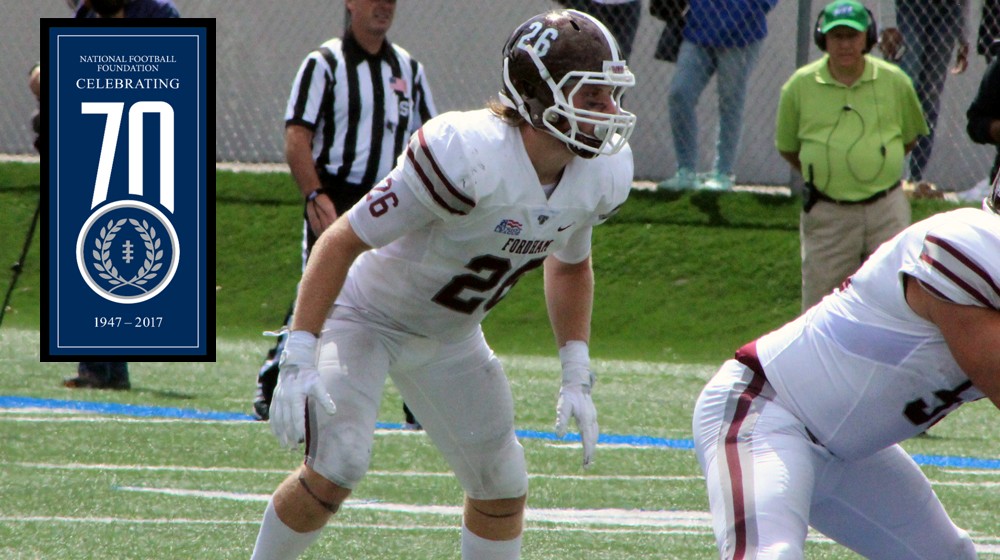 The National Football Foundation & College Hall of Fame (NFF) announced today the names of the 35 finalists for the 2017 NFF Chapter Scholar-Athlete Awards, which will honor one young man from each of the country’s five regions as the best and the brightest for their accomplishments as athletes, scholars and citizens at the high school level. Included on the list was Fordham freshman linebacker Glenn Cunningham.