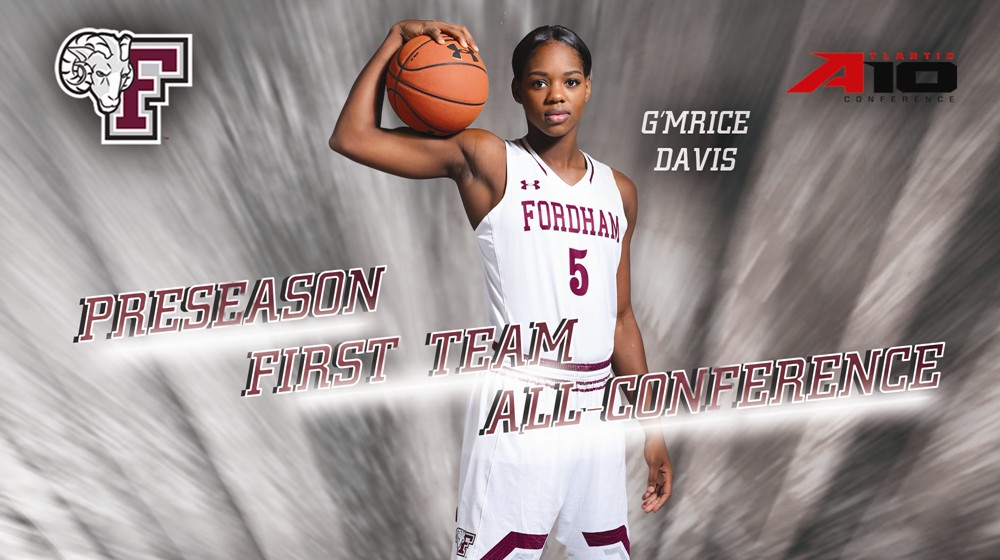 Richmond, Va. – At the 2017 Atlantic 10 women’s basketball media day in Richmond on Monday, it was announced that Fordham has been picked to finish fifth in the preseason coaches’ poll and that senior forward G’mrice Davis is predicted to duplicate her end-of-season accolades from a year ago as she was named Preseason First Team All-Conference and an All-Defensive team selection.