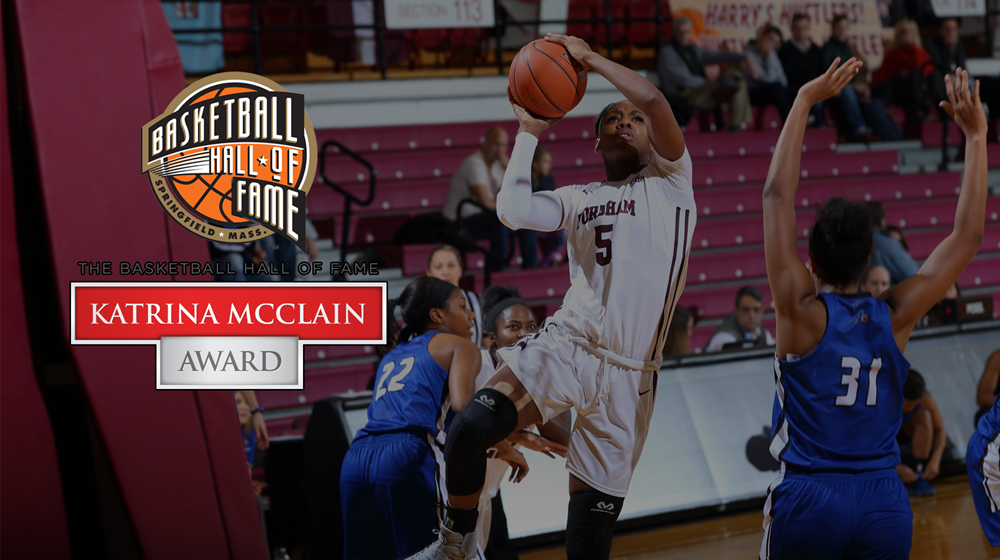 Springfield, Mass. – The Naismith Memorial Basketball Hall of Fame and the Women’s Basketball Coaches Association (WBCA) announced on Thursday afternoon the 20 watch list candidates for the inaugural Katrina McClain award, given annually to the top power forward in Division I, and Fordham’s senior forward G’mrice Davis was named to it.