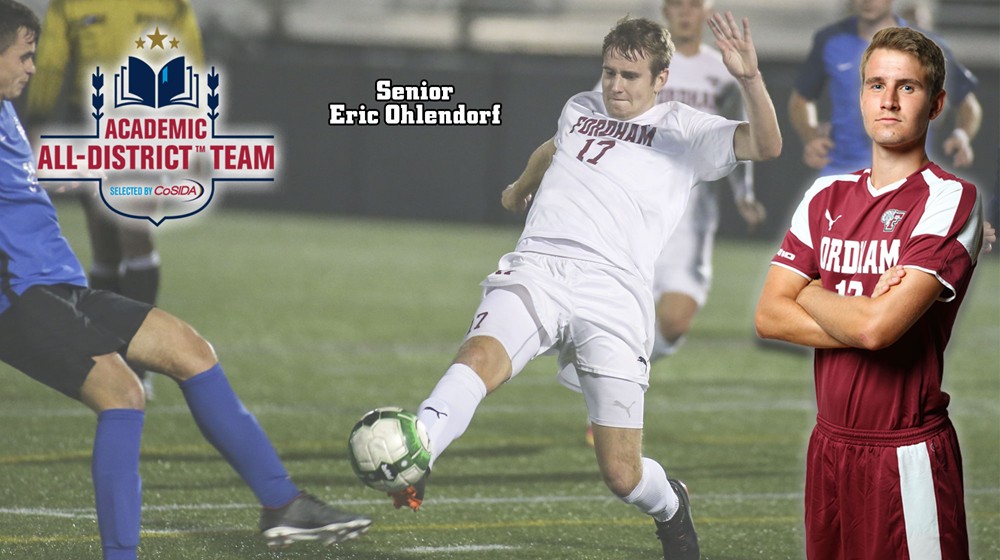 Florence, Ala. – (November 9, 2017) – The 2017 CoSIDA Academic All-District® Men’s Soccer Teams have been released to recognize the nation’s top student-athletes for their combined performances athletically and in the classroom.  Among the District 1 honorees is Fordham senior midfielder Eric Ohlendorf.