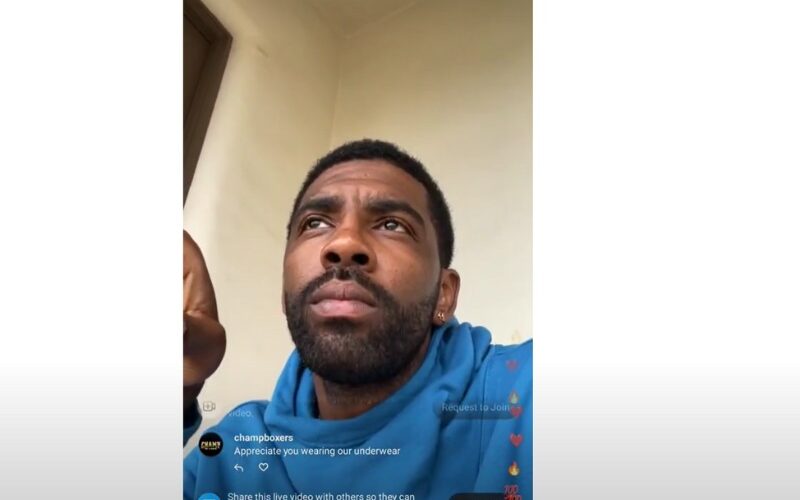 Kyrie Irving, the NBA superstar who has been suspended by the Brooklyn Nets for tweeting a link to a movie that he watched (Hebrews to Negroes: Wake Up Black America), has posted a live message to millennials on Instagram. Kyrie never said anything negative but members of the Jewish community have said that the movie is controversial, which led to the Brooklyn Nets suspending Kyrie for five games.

The Nets have subsequently provided Kyrie with a list of unprecedented actions he would need to take in order to get back onto the court. Kyrie apologized to anyone who was offended about him tweeting out the link, but the NBA and the Brooklyn Nets are now asking him to take the following actions, which many members of the black community have called dehumanizing and slave-like treatment:

It is worth noting that Kyrie Irving has no stake in the movie, but Amazon, owned by Jeff Bezos (Jewish), has not received any backlash for promoting and selling the book and movie on their platform. Amazon is also a sponsor of the NBA, which involves millions of dollars. It is also worth noting that Shaquille O’Neal blasted Kyrie on television and called Kyrie an idiot for sharing the link. It has now been reported that the same movie was screened in one of Shaquille O’Neal’s movie theaters, leading a major backlash against O’Neal on social media as being a hypocrite.