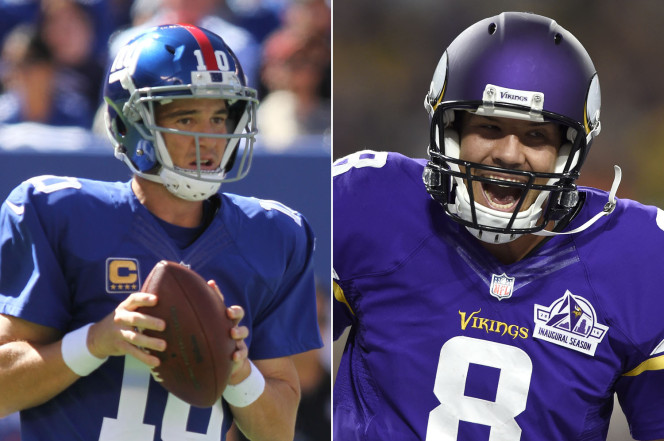 You ask the question and then you have to go back, back, back to find the answer. When was the last time the Giants came away with an impressive road victory against a quality team?

The last time the Giants traveled and secured something eye-opening, the last time they returned home with an upset special, was Oct. 14, 2012, when they went west and manhandled the playoff-bound 49ers 26-3 in San Francisco. The 49ers ended up in the Super Bowl after that season.

It has nearly been four years since the Giants could look in the mirror and see a vision resembling road warriors.

Finding a way to win once in the next two weeks would qualify. The Giants have a “Monday Night Football” meeting with the Vikings, who are undefeated, and the night of Oct. 9 play another nationally televised game, in Green Bay. The Giants blew their chance for a 3-0 start when a turnover-filled, penalty-fest last week deteriorated into a 29-27 loss to the Redskins. Before that, the Giants won two games by a total of four points.

“It’s good and healthy to be in close football games. That’s usually what the big ones come down to.”

Odell Beckham Jr., during the week, lamented the Giants’ inability to blow anyone out, wondering why every game has to come down to the wire. The Giants will be thrilled if they can go into the final minutes with a shot to knock off the Vikings, who are a defense-first team.