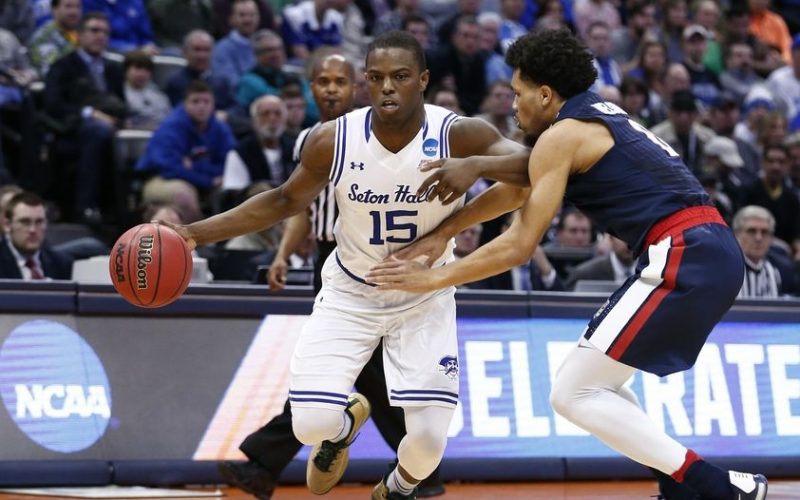 Going into the new season, it is clear that Jeremy Lin will be the Brooklyn Nets’ starting point guard. Where all the questions lie are at the backup position. Brooklyn went out and signed Greivis Vasquez this summer to play the backup role. They did not stop there.

In this year’s draft, the Nets also traded up to earn the draft rights to Isaiah Whitehead, who was selected by the Utah Jazz with the number 42 pick. For those unfamiliar with Whitehead, he played two seasons at Seton Hall University. During his sophomore season. Whitehead averaged 18.2 points, 5.1 assists, and 3.6 rebounds per game.

As reported by Brian Lewis of the New York Post, Jeremy Lin had this to say about Whitehead.

“He’s talented, he’s strong, he’s athletic, he can get to the basket. The more time we spend, the more I’m going to be able to help him in changing his pace, changing his speed, making the right reads defensively, how to make it tough for opponents, and just teaching him the little things here and there.”

It is clear that Lin is committed to helping develop the young, raw talent on the Nets roster. Lin went on to say, “He’s a great player. …It’s not like I need to give him everything, I just need to give him tips and pointers and guide him and let his talent take over.” That is a lot of praise from a player who has been in the league for more than a half a decade now.

Next PostDerrick Rose: Training camp with Knicks best of my career