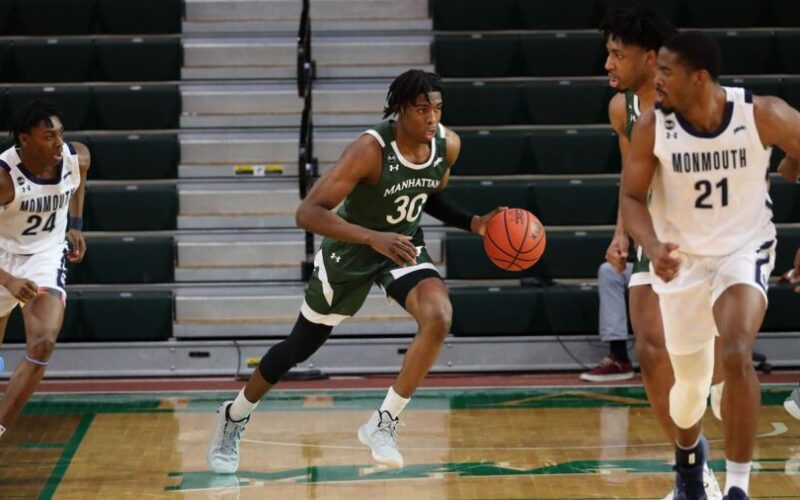 Trailing 58-48 at the 6:01 mark of the second half, junior Elijah Buchanan rattled home back-to-back triples to quickly trim the deficit to 58-54 with just under four minutes remaining. Junior Warren Williams (Kingston, Jamaica / St. Benedict’s Prep (NJ)) then split a pair from the line to make it a one-possession game while capping a 7-0 run.

Monmouth would stretch its advantage back out to five on a pair of occasions.

Down five with 1:33 remaining following a Deion Hammond floater and appeared to be in control, but Manhattan had other ideas.

Junior Ant Nelson (New York, NY / Seton Hall) found Williams for an easy score to make it a three-point game before the Jaspers forced a turnover on the ensuing possession. Manhattan then tied it up when junior Samba Diallo (Rufisque, Senegal / UMass) converted a three-point play with 13.1 seconds to play

In overtime, Nelson opened up the scoring with a driving lay-up, before the visitors responded with a 7-1 spurt in taking a 69-65 lead with 1:37 to play on a Melik Martin three-pointer.

Williams would score on each of the next two Jasper possessions, sandwiched between a pair of George Papas free throws before the defense forced an errant shot.