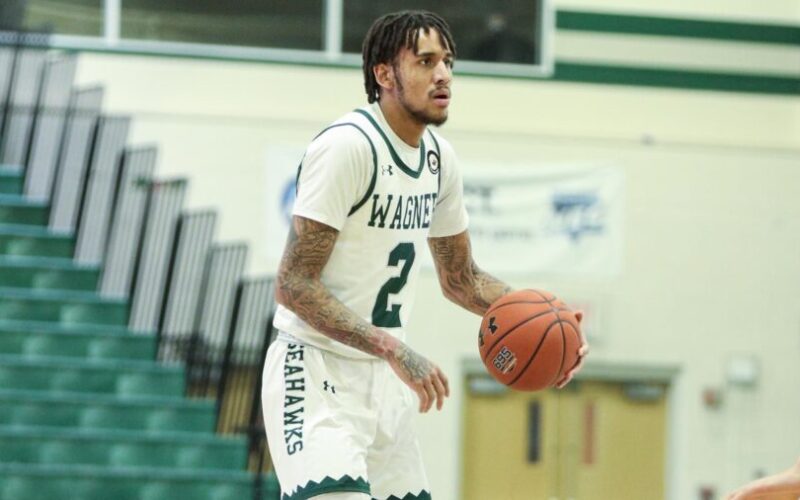 New Britain, CT – The Wagner men’s basketball team saw its historic 10-game winning streak come to a close on Friday afternoon, as the Seahawks fell 83-78 at Central Connecticut to split the series against the Blue Devils.

The Seahawks, who clinched a spot in this year’s Northeast Conference (NEC) tournament last night, now sit at 11-5 in NEC action, while the Blue Devils’ season ends with a 5-13 mark in league play.

Hunt tied the game once more at 71-71 with 1:22 to play, but CCSU’s Ian Krishnan’s three on the ensuing possession gave the Blue Devils a 74-71 advantage. Morales brought Wagner to within one at 74-73 with 43 seconds to play, but that’s as close as the Green and White would get, as the Blue Devils converted all of their free throws to earn the victory.

Wagner will close out the regular season with two games against Merrimack at the Spiro Sports Center on March 2-3. The NEC Tournament semifinal will take place on March 6.