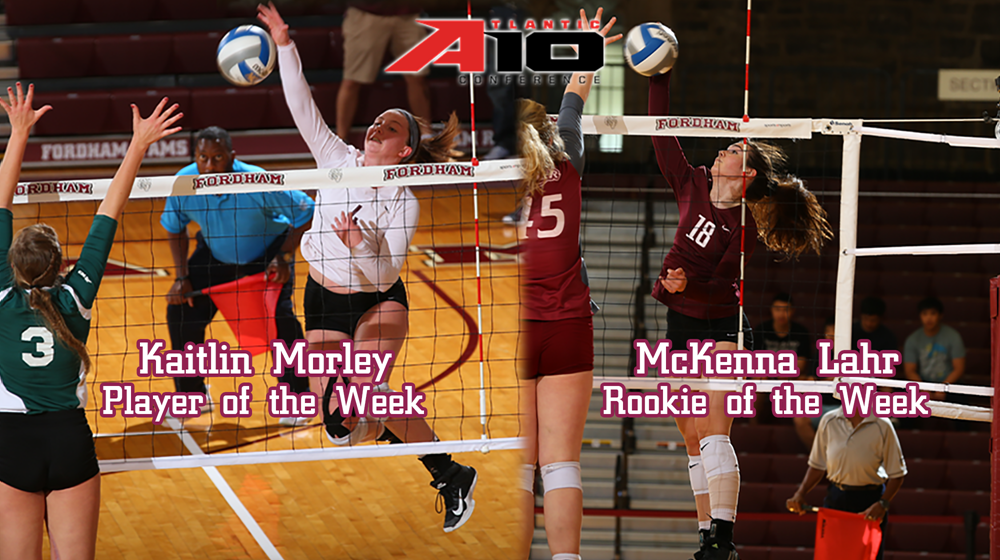 Newport News, Va. – Fresh off returning home from an eight-match road stretch to post its first two Atlantic 10 conference victories this past weekend, the Fordham volleyball team’s underclassmen duo of Kaitlin Morley and McKenna Lahr have today been announced as this week’s A-10 Player and Rookie of the Week, respectively. The award is Morley’s first and Lahr’s second.

Next PostWomen’s Soccer Falls to Duquesne on Cancer Awareness Day