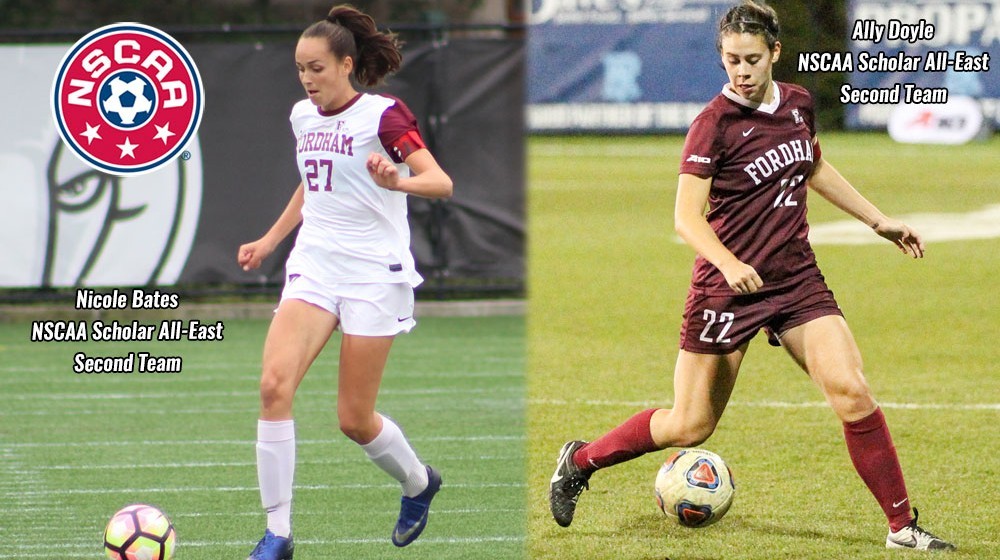 Kansas City, Mo. – The 2016 National Soccer Coaches Association of America (NSCAA) announced the 2016 NCAA Division I Women’s Scholar All-East Region Team, which recognizes the nation’s top student-athletes for their combined performances athletically and in the classroom.  Among those honored were Fordham senior defenders Nicole Bates (Basking Ridge, N.J.) and Ally Doyle (Fairfield, Conn.), who both named to the All-East Second Team.