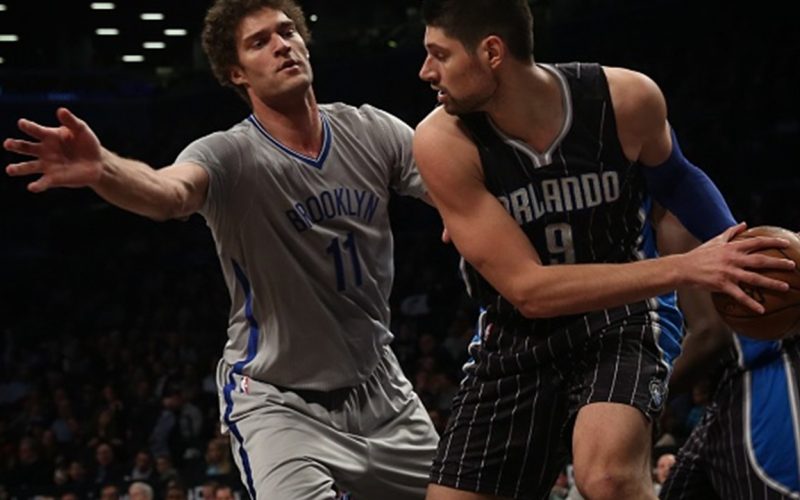 Brook Lopez has probably been in more trade rumors than the Nets have franchise wins. Exaggerating, of course, it seems Lopez is back on the trade block.

ESPN reports that the Nets are prepared to take offers for the Brooklyn big man. That’s not to say the Nets are trading him right now, but they are curious to what they can get for him. The question remains, is trading him a good idea?

Well, Lopez is for sure worth a good amount. So far, he’s averaging 20.6 points, 4.7 rebounds, and 1.1 blocks per game. The rebounds are low, but he was never a tenacious glass eater, to begin with. However, he’s proven he is a high-quality scorer, with a nice jump shot and even some three-pointers time to time. He can block shots and is an overall top 10 center. He’s the Nets franchise face and leader along with Jeremy Lin.

Still, the Nets are rebuilding. Usually, when teams rebuild, they trade their star player for depth and young pieces. Plus, some picks would be good too, especially in the Nets case.

A championship contender could use Lopez and offer something decent. Teams like the Portland Trailblazers are really good, but are just one or two pieces away from being scary. Lopez would fit there. Another team that comes to mind would be the Chicago Bulls, as rumors say they are interested in him.

However, at this point in time, it just doesn’t make much sense to trade Lopez. He hasn’t requested a trade, he seems content to stay, and injuries haven’t been a problem for him in awhile. Trading him would leave the team without a reliable center, and Lopez has a lot of versatile value. It just wouldn’t be right to trade the value for no good reason.

Yes, the Nets pulled the rebuilding blueprint out the filing cabinet, but that doesn’t mean Lopez is a goner.

If the Nets can stay positive, and work hard with the talent they have, they’ll surprise people. They are already doing turning some heads by how energetic they are. Taking Lopez along the road to success is vital, without a doubt.

Still, there is plenty of games left in the season. Anything could happen, things could change. As of now, however, Lopez should stay a Net.