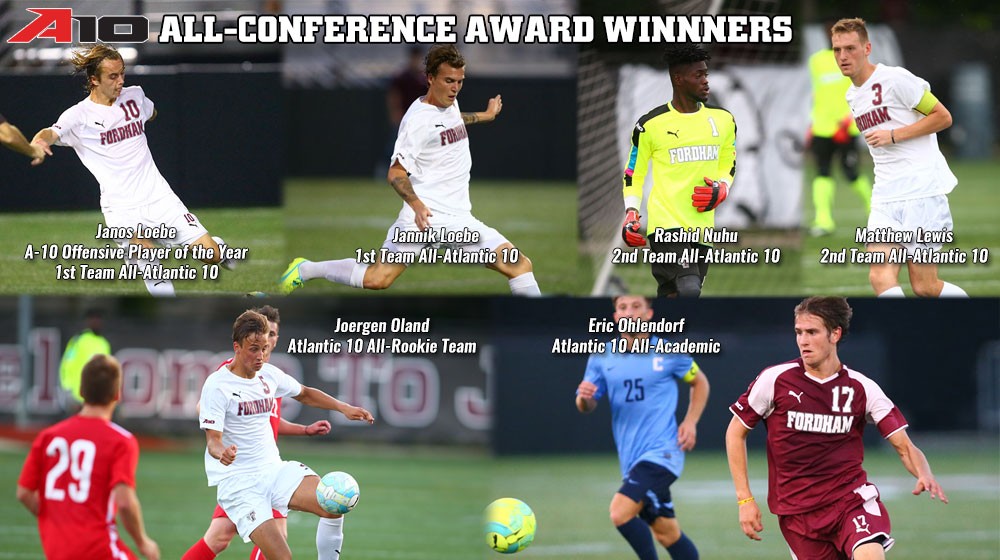 Newport News, Va. – Just a day before the start of the Atlantic 10 Championship, the conference released its All-Conference men’s soccer teams and major award winners on Wednesday, as voted upon by the league’s coaches.  Six Rams heard their names called in the release, led by sophomore forward Janos Loebe (Kierspe, Germany), who was named the league’s Offensive Player of the Year and First Team All-Atlantic 10.