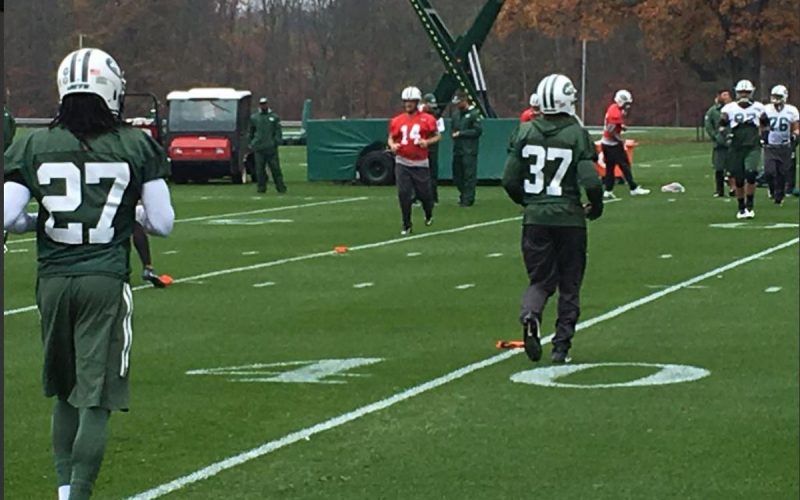 Ryan Fitzpatrick was on the field at the start of Jets practice Wednesday. He stretched with his helmet on before jogging with the quarterbacks to the far field. He then participated fully in individual QB drills.

Fitzpatrick sprained the MCL in his left knee in a loss to the Dolphins this past Sunday. Bowles said he would need to see Fitzpatrick practice in some capacity this week if the quarterback is going to play this weekend against the Rams.

If Fitzpatrick can’t play, Bowles said he will start Bryce Petty under center.