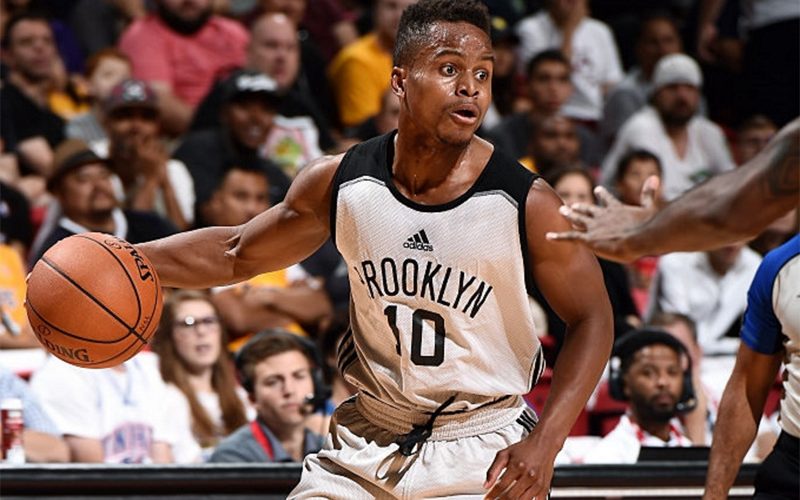 NEW YORK — Isaiah Whitehead was placed in the concussion protocol, Yogi Ferrell was signed and Greivis Vasquez waived as the Brooklyn Nets try to deal with an injury-riddled point guard corps.

With starter Jeremy Lin sidelined by a strained left hamstring, Whitehead has been starting. The second-round pick slammed his head to the court Tuesday night when Minnesota’s Gorgui Dieng accidentally stepped on his face. Whitehead was able to return shortly after and had six points, seven rebounds and seven assists, but the Nets said he was diagnosed with a concussion Wednesday after experiencing symptoms and completing an evaluation by team medical personnel.

He will be out until he is symptom free and has passed the NBA’s protocols.

Vasquez was limited to just three games after signing this summer because of a sore right ankle. The Nets recalled Ferrell from their NBA Development League affiliate to replace him.

Next PostRyan Fitzpatrick On Field During Jets Practice