Brooklyn Nets Without Jeremy Lin for At Least 2 Weeks 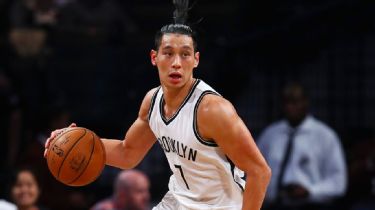 The Brooklyn Nets will be without point guard Jeremy Lin for at least the next two weeks because of a strained left hamstring.

Lin suffered the injury during Wednesday night’s 109-101 victory over Detroit after playing 16 minutes. The team says Lin will be re-evaluated in two weeks.

Lin has been a bright spot for the Nets (2-3) and is averaging 15 points and 6.2 assists this season after signing a three-year, $36 million deal as a free agent this past summer.

He will not be able to play against two of his former teams: the Hornets on Friday and the Knicks at Madison Square Garden next Wednesday.

The Nets were already thin at point guard before Lin’s injury, as veterans Randy Foye (hamstring) and Greivis Vasquez (ankle) are also hurt. Foye, though is expected to return against Charlotte. Vasquez remains out.