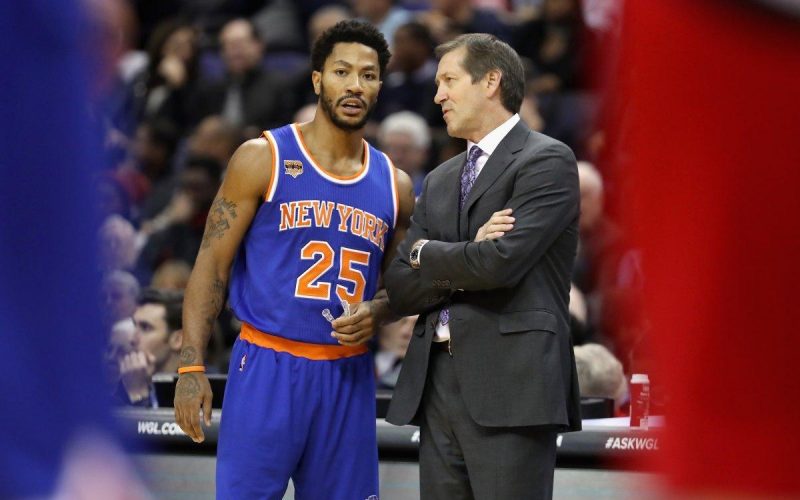 Derrick Rose understands that a team meeting and one victory doesn’t mean squat without carryover.

Nobody has been more publicly adamant about the need for the Knicks to establish an identity — especially defensively — than Rose, who has sacrificed much of his game to accommodate the roster and “Triangle Aspects” system.

To his credit, Rose pledged to take better shots than during his Bulls tenure — and he’s followed through with his attempts mostly limited to around the basket. His shots are down. His usage rate is at its lowest since he was a 20-year-old rookie. So if anybody has a right to harp on sacrifice, it’s the point guard in a contract year playing in a system not suited to his strengths.

“I’m not the type of guy who’s going to get mad like, ‘Man he’s not running enough pick and roll’ or whatever. That’s what I mean with sacrificing,” Rose said. “If I did half the things I did back in Chicago, I would look stupid out there, coming out and shooting some of the shots I shot in Chicago. In Chicago I had to shoot those shots for us even to have a chance. Here I’m trying to read the game. And who knows, in about 25, 30 games, what type of team we’re going to become. Everyone’s trying to figure everything out.

“It takes time just learning a system for one, getting used to one another, figuring out how you’re going to affect the game in your own little way. It takes sacrificing, ya know,” Rose added. “Trust is there too but if anything I think sacrificing is the big key.”

“I think so but I just can’t sit here and say it changed everything. It’s only one meeting; it was only one game,” he said. “If we lose (Tuesday against the Blazers), I mean what’s the point of talking about these things? So like I said I want it to be consistent before I really get in depth about talking about it.”

The Knicks had different takes on Saturday’s meeting, and how much of an impact it had on Sunday’s bounce-back victory over the Hawks. Carmelo Anthony, who, as Phil Jackson noted, appreciates open dialogue, called it “very much necessary.” Rose was withholding judgment. Jeff Hornacek downplayed it as “typical player-talk.”

Next PostNew York Giants & Jason Pierre Paul Are Back