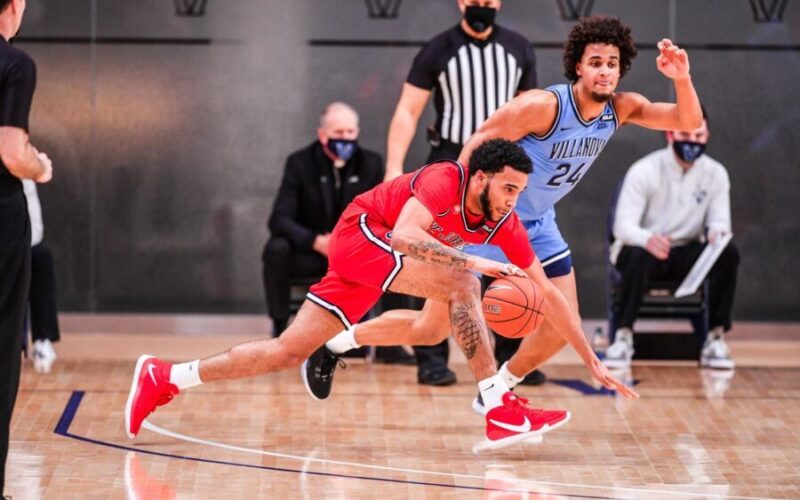 VILLANOVA, Pa.  – After upending the then-No. 3/3 Wildcats 20 days ago at Carnesecca Arena, the St. John’s men’s basketball team fell short of a season sweep on Wednesday at Finneran Pavilion, losing to No. 8/6 Villanova, 81-58.

Isaih Moore was perfect from inside the 3-point arc and 4-for-5 overall, finishing the game with 10 points in 13 minutes of action.

Posh Alexander exited the game in the final minutes with an injury to his right hand.  The four-time BIG EAST Freshman of the Week had four points, two assists, and two steals.