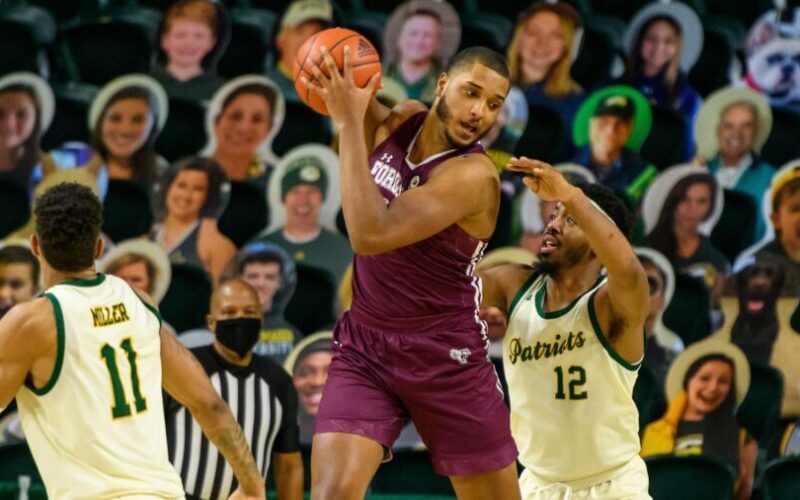 Fairfax, Va. – It is said that everything in life is cyclical. The Fordham-George Mason basketball series is proof of that. When the Patriots joined the Atlantic 10 in 2013-2014, the Rams took the first five meetings between the two teams. But recently it’s been George Mason’s turn, winning the past three matchups, including a 77-45 victory over Fordham tonight in EagleBank Arena.

Fordham trailed by eight at the half, 33-25, but a Soriano jumper two minutes into the second half cut the Fordham deficit to five. That would be the last Fordham basket until a Soriano free throw stopped a 16-0 Patriot run.

• Navarro netted double figures for the second time over the past three games and the fourth time this year.

• Sophomore guard Cameron Cohn made his collegiate debut in the second half.

By the Numbers
6 – Rebounds by sophomore Kyle Rose, a career-high (previous high was five which he accomplished five times).

8 – Rebounds by Jalen Cobb, one shy of his career-high.

12.5 – Scoring average for Joel Soriano over the past four games.

• The game will be broadcast on the CBS Sports Network and will be part of the Jesuit Basketball Spotlight.

• It will be the 17th meeting between Fordham and Saint Louis on the hardwood.

Next PostMen’s Basketball To Host Fairleigh Dickinson On Thursday