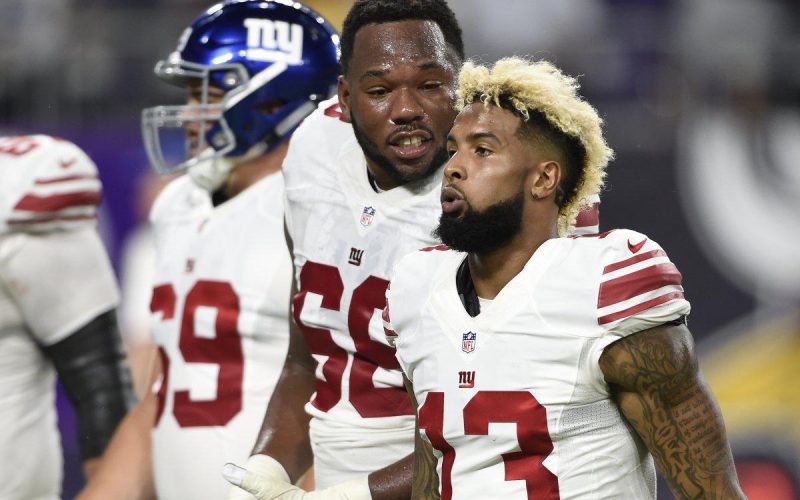 MINNEAPOLIS — So much for that vaunted passing attack. So much for Odell Beckham Jr. being less of a distraction. And so much for hanging on to the “Duke.”

A disorganized Giants (2-2) team looked dazed and confused by the Vikings’ (4-0) stifling defense and the booming crowd at U.S. Bank Stadium on Monday night, losing 24-10.

Beckham (23 receiving yards) was mostly locked down by Xavier Rhodes, and then let the Vikings cornerback get in his head at one point, prompting the receiver to get in the defender’s face and earn an unsportsmanlike conduct penalty. That, obviously, has become a troubling pattern for the young receiver and Eli Manning said after the game there was “no doubt” that Beckham needed to learn not to lose his cool.

In the game Beckham wasn’t the only receiver who struggled; Victor Cruz managed 50 receiving yards and Sterling Shepard nabbed just 30. Both Manning and Ben McAdoo pointed to the Vikings playing two-high man coverage as a factor in stopping their receiver. But that should have left space open for one of the three receivers or someone to make plays over the middle — something Manning recognized and seemed to call out Shepard for.

Next PostNoah Says Knicks Season Must Go Through Lebron & Cavs