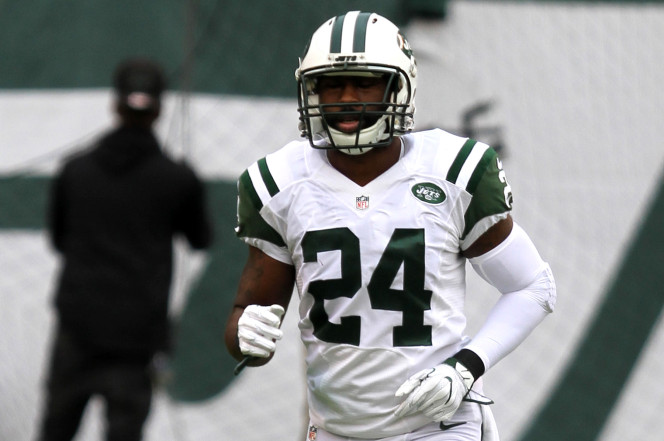 Darrelle Revis walked through the Jets locker room on Monday with a wrap on his left leg in no mood to talk.

Bowles said it is too early to tell whether Revis will be available for Sunday’s game against the Steelers. The Jets’ already struggling secondary could be a man down against Ben Roethlisberger and Antonio Brown. Bowles said the team has Darryl Roberts, who has not played yet, and Bryson Keeton on the practice squad if they need an extra cornerback.

Next PostGiants offense can't click in 24-10 loss to Vikings