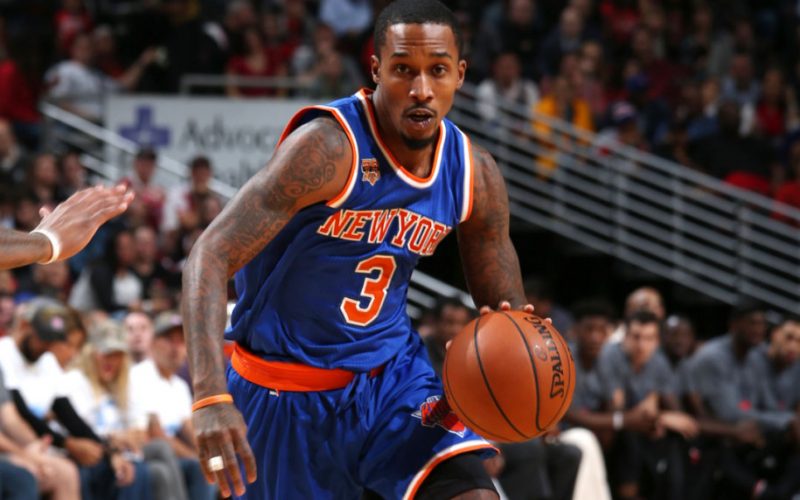 Because Lance Thomas was out with a sprained ankle, the Knicks’ thin bench became even more emaciated than usual. So the 117-104 victory over the Bulls on Friday was registered despite little contribution from the bench, except for speedy point guard Brandon Jennings.

Coach Jeff Hornacek lauded Jennings afterward as he kept him out there in the fourth quarter using a two-point guard alignment with Derrick Rose — something he had talked about in training camp. Jennings notched six points, seven assists and five rebounds.

Nevertheless, the starters accounted for an obscene 100 of their 117 points. The bench is an issue Jackson could explore in the trade market or with a free-agent pickup. Point guard Chasson Randle (fractured orbital bone), who is not on the 15-man roster, is starting his rehab stint with the Westchester Knicks at training camp and is expected to be signed when he’s back in shape.

Hornacek, meanwhile, still is trying to find his bench rotation. The new flavor of the week is defensive forward Maurice Ndour, who managed five fouls in six minutes of action and went scoreless. Hornacek has soured on the two rookie Europeans, small forward Mindaugus Kuzminskas and center Willy Hernangomez, because of their inexperience on defense.

Hernangomez was inactive against Houston and did not play in Chicago. Kuzminkas also didn’t play in Chicago even with Thomas out. Kuzminskas can score in bunches and runs the floor well, but mysteriously is on Hornacek’s no-fly list. During a key part of the second half, Hornacek used a three-guard alignment putting Justin Holiday at small forward with his two point guards. In the first half, the bench blew all of the Knicks’ 16-point lead.

Next PostCespedes Opts Out of Mets Contract To Become Free Agent