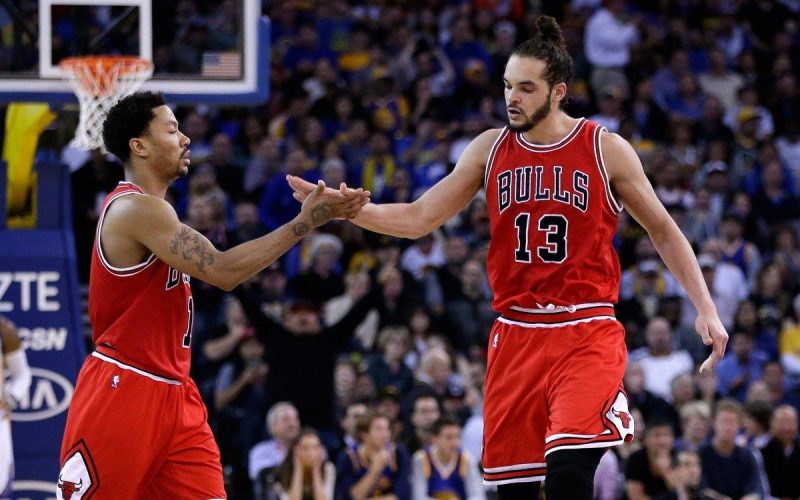 You could understand if Joakim Noah and Derrick Rose get that longing/homesick feeling during their nationally-televised game Friday in Chicago.

The city is rejoicing its World Series victory, with the parade scheduled just hours before tipoff. The Bulls, who look pretty good behind Dwyane Wade and Jimmy Butler, will show a video to their fans thanking Rose and Noah for their contributions to rejuvenating the franchise.

And as an aside, there is a progressing dumpster fire coming to town.

Sure, it’s only been four games with New York, but Rose and Noah have both already questioned the team’s effort and intensity on defense. Maybe they were taken aback by this being an issue in the first four games of the season, since it never was a concern with Tom Thibodeau on the sideline. The calmest person in the locker room these last few days has been Carmelo Anthony, who is more familiar with this rodeo. He’s accustomed to the losing, the second-guessing, the 50-118 record since Phil Jackson installed his triangle.