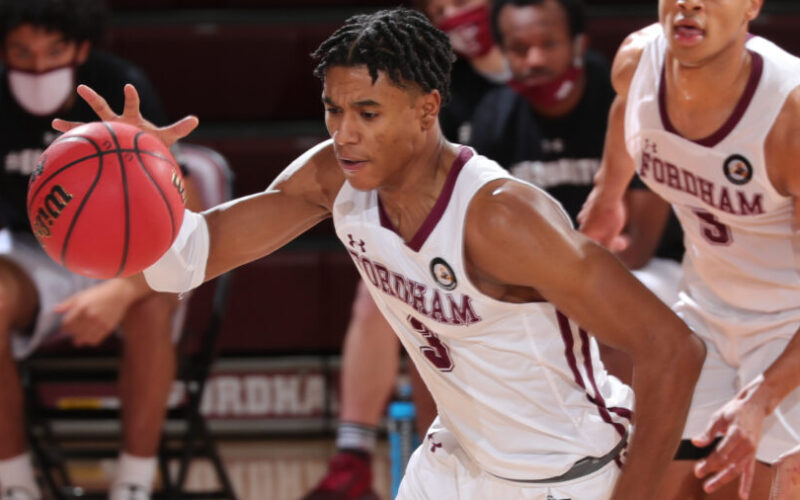 Bronx, N.Y. – The Fordham University Rams continue the 2020-2021 Atlantic 10 season by traveling to Fairfax, Va., to face the George Mason University Patriots in EagleBank Arena on Wednesday, February 10, at 7:00 p.m.

Wednesday night’s contest will be the 12th meeting between Fordham and George Mason on the hardwood. The Rams lead the all-time series, 7-4, taking the first six meetings. The Patriots have won the past two matchups, including a 65-61 win in the Rose Hill Gym last March 7 as Javon Greene scored 19 points and Jordan Miller added 17 for the Patriots while Erten Gazi paced the Rams with a game-high 22 points.

Notes
• Sophomore forward Joel Soriano has recorded a double-double in the past three games and in seven of the eleven games of 2020-2021.

• Soriano now has a double-double in 12 of his last 17 games dating back to last year.

• Soriano is leading the team in rebounding (9.6 rpg), fourth best in the Atlantic 10.

• Sophomore Chris Austin is averaging 12.6 ppg over the past nine games, scoring in double figures in seven of the last nine contests.

• Sophomore guard Kyle Rose is averaging 13.0 ppg over the past two games, including netting a career-high 15 points in the win over La Salle.

Next PostSHARKS WIN! MBB Completes Sweep with 96-84 Win Over SFBK