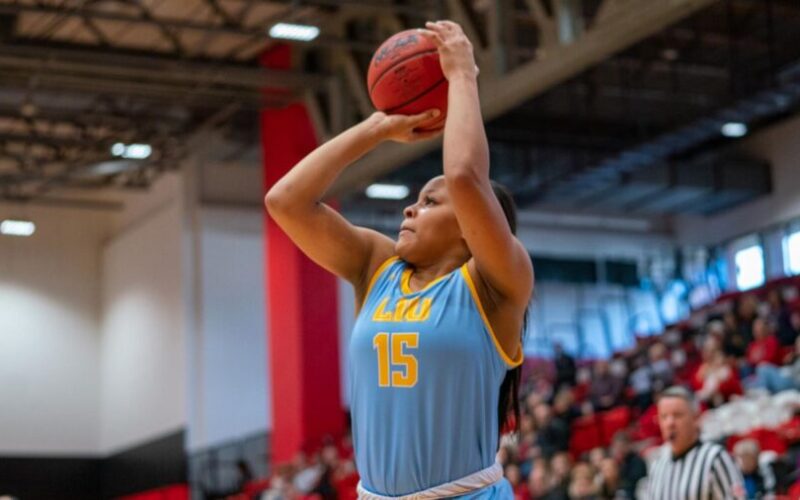 NORTH ANDOVER, Mass. – The LIU women’s basketball team had a late shot to tie it up that looked good as the buzzer sounded, but the Sharks’ hopes were dashed seconds later when the officials reviewed the play and determined the basket was no good. With the call, LIU fell to Merrimack, 69-66.

Junior Brandy Thomas led LIU with 21 points and 10 rebounds in the NEC contest.

Next PostMen’s Basketball Travels to George Mason on Wednesday