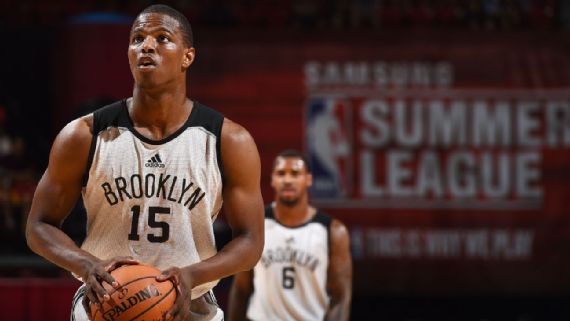 The Brooklyn Nets continued their training camp at the HSS Training Center on Friday. Brooklyn-raised Isaiah Whitehead is preparing for his first season in the NBA.

Whitehead was a five-star recruit, the No. 2 shooting guard in the ESPN 100 rankings, coming out for Abraham Lincoln High School in Brooklyn. He spent two seasons at Seton Hall before drafted in the second-round by the Utah Jazzwith the No. 42 pick, which they traded to the Nets.

Whitehead sat down after practice and discussed the perks of playing in his hometown, the difference between preparing for a college season compared to an NBA season and the importance of giving back to his local community. The 6-foot-4 combo guard also talked about the learning process of becoming an effective NBA point guard.

Next PostThe Bronx Becomes a Playoff-Clinching Party Spot, Just Not for the Yankees