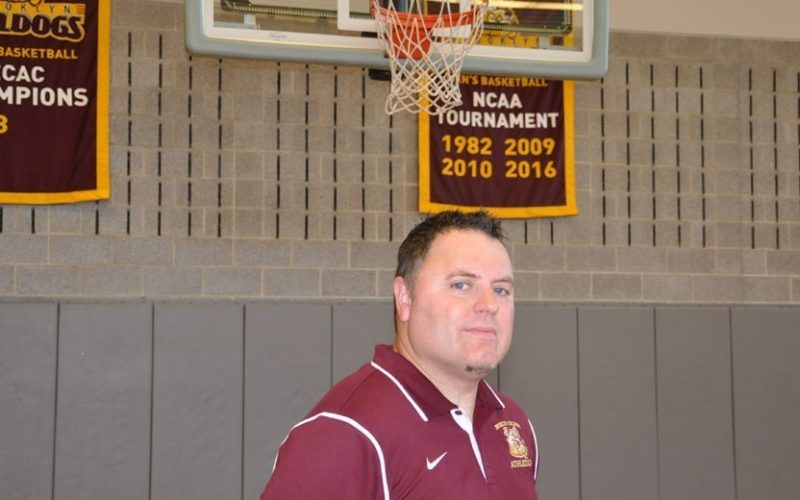 “We are thrilled that Tom has decided to join us at Brooklyn College” said Micallef. “His knowledge, passion and enthusiasm for the game is inspiring as it is impressive.”

Coach Keenan brings a wealth of basketball experience and knowledge to Bedford Avenue.  Most recently, Keenan served as an assistant at nearby Xaverian High School for the past two years, helping lead the Clippers to back-to-back CHSAA City Championship appearances including a title in 2016.

No stranger to the college sidelines, Keenan served as an assistant coach at the College of Mt. St. Vincent from 2007-2009 involved in all aspects of the college game including recruiting, on-the-court coaching, scouting, and film exchange.

Keenan has also been at the helm of his own program as the Head Coach of Niagara Catholic in Buffalo, NY.  He would lead the school to their first ever New York State CHSAA Class C Championship tournament in 2005.

Prior to Niagara Catholic, Keenan served as an assistant coach at his alma mater, Nazareth College of Rochester.

The Canisius High School Sports Hall of Fame 2011 inductee enjoyed an accomplished college playing career.  Starting his career at Division III power, Catholic University, Keenan played three seasons at Nazareth finishing his four years with 1,048 points.  He currently ranks 10th all-time in three-point makes at Nazareth with 142 in only three seasons.  Before leaving Nazareth, he held the record for most three-point field goals made (7) in a game at the time.  He would be named First Team All-Conference as a junior and senior.  His 12.3 ppg career scoring average still ranks amongst the Top-20 all-time at Nazareth.

Along with his high school and college coaching experience, Coach Keenan has an extensive camp coaching resume.  During his career he has coached at camps and clinics during the Summer with some of the best coaches across the nation at Michigan State University, Davidson College, Elon University, Providence College, North Carolina State University, St. Bonaventure University, Syracuse University, and the University of Pennsylvania to name a few.

Keenan holds a Bachelor of Arts in history from Nazareth.  He and his wife reside in Brooklyn.