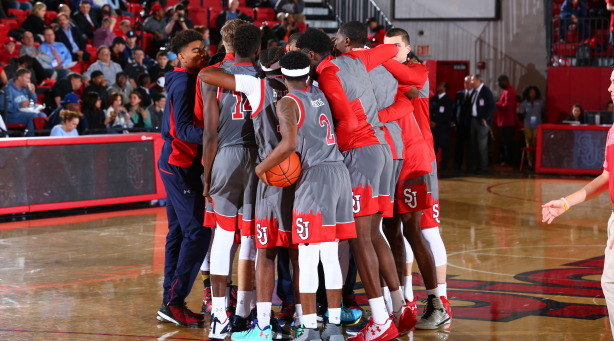 “Overall it was a good effort,” said Head Coach Chris Mullin after the game. “Offensively, we shared the ball. We were unselfish. And then defensively for the most part we were active, so it’s something good to build on.”

Five Johnnies reached double figures, led by Federico Mussini with 21 points on 8-of-12 shooting, including a 3-for-6 showing from beyond the arc. The sophomore guard from Italy also pulled down seven boards, dished out a pair of assists and grabbed two steals.

Bronx native Bashir Ahmed scored 15 of his 19 points in the first half and drained seven of his 11 attempts from the field overall.